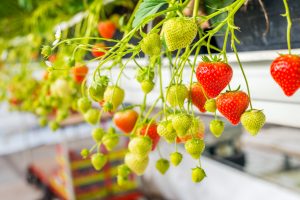 This common scenario often places the policyholder in the untenable position of having to defend against liability in an underlying suit, while simultaneously taking legal positions and answering discovery in the coverage action that may be at odds with its defense strategy. The insurer’s coverage action also drives up the insured’s costs and creates stress over whether the insured will be left on the hook for any judgment that is ultimately entered against it. Where liability has yet to be established against the policyholder in the first place, insureds are often left wondering why the insurer’s suit against indemnification should be allowed to move forward while they are still defending themselves in the underlying action.

In a recent decision, the U.S. Court of Appeals for the Eleventh Circuit gave a clear answer to this question, finding under Florida law that the duty to indemnify is not ripe for decision until the underlying lawsuit is resolved or the insured’s liability is established. While the decision does not alter an insurer’s obligation to defend, it makes clear that coverage questions regarding indemnity must wait until liability is resolved.

In Mid-Continent Casualty Co. v. Delacruz Drywall Plastering & Stucco, Inc., Mid-Continent agreed to defend Delacruz in an underlying state court action brought by a general contractor, who asserted that Delacruz performed defective work in connection with the construction of a community of single-family homes in Fort Myers, Fla. While that underlying lawsuit was pending, Mid-Continent filed a coverage action in federal court seeking a declaration that it had no duty to indemnify Delacruz and no duty to defend or indemnify the general contractor. The federal court denied summary judgment and dismissed Mid-Continent’s complaint without prejudice, finding that Mid-Continent’s duty to indemnify was not ripe for a decision.

On appeal, the Eleventh Circuit affirmed, quoting a decision of the former Fifth Circuit, which held that the claim was not ripe “because the issue ‘might never arise’” where “the damage suits had never been tried, no one had yet paid or become legally liable to pay,” and no party could state whether anything would be paid in the future. While the court acknowledged an exception to this rule when “the court can determine that the allegations in the complaint could under no circumstances lead to a result which would trigger the duty to indemnify,” the court held that the exception was not binding and refused to address the issue because Mid-Continent had failed to raise the argument in the lower court.

The Eleventh Circuit’s opinion has positive implications for policyholders. For example, the decision stops insurers from unnecessarily expanding the scope of a coverage action to include the policyholder’s ultimate liability in the underlying suit. This will keep discovery and expert costs down at the outset and focus the parties on the duty to defend, which is both significantly broader than the duty to indemnify and a substantively different analysis, one that only requires the policyholder to show a potential for coverage based on the allegations in the underlying complaint and the terms of the insurance policy. The court’s ruling also protects policyholders from having to take positions in the coverage action regarding indemnification that may be inconsistent with their strategy in the underlying action to deny liability.