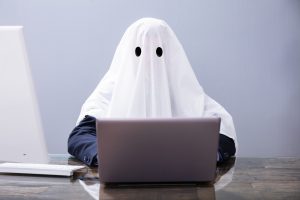 In Canyon Estates Condominium Association v. Atain Specialty Insurance Co., the U.S. District Court for the Western District of Washington held that an insurer waived attorney-client privilege when it engaged outside counsel to draft claims correspondence (in a state that does not presume no attorney-client privilege relating to the insurance claims adjustment process). In Canyon Estates, the policyholder moved for production of unredacted copies of internal claims handling documents and to compel the deposition of the insurer’s outside counsel who had assisted in the claims process. The insurer contended the discovery was protected by privilege. The insurer acknowledged that its outside legal counsel had assisted in drafting the initial denial of coverage as well as subsequent coverage correspondence but argued that the attorney’s primary function had been to provide legal advice. The policyholder argued that any claim of privilege had been waived by the insurer’s mixing of legal advice with claims-related activities, like ghost-writing claims correspondence. Similarly, the policyholder alleged the documents were not shielded by the work product doctrine, because the claims handling process occurred almost a year prior to the initiation of litigation. After conducting an in camera review of the documents at issue, the district court agreed with the policyholder, stating that “[a]ssisting an adjustor in writing a denial letter is not a privileged task.” The insurer was ordered to produce unredacted claims file documents relating to the documents drafted by outside counsel, and to produce its outside counsel for deposition.

This principle is not limited to Washington State. The Mississippi Supreme Court recently reached a similar conclusion in Travelers Property Casualty Company of America v. 100 Renaissance LLC. In 100 Renaissance, the deposition testimony of the insurer’s claims adjuster revealed that she did not have personal knowledge to support the legal basis for a coverage denial issued to the policyholder. The claims adjuster hedged about the basis for the denial but ultimately acknowledged that she relied on advice from in-house counsel. Mississippi requires insurers to have an arguable or legitimate basis to deny an insurance claim. Because the claims handler could not provide the basis for the denial, the policyholder moved to compel production of her oral and documentary communications with in-house counsel to understand the basis for the denial. The court seemed outraged by the insurer’s conduct, writing, “[the claims handler’s] signature was simply an effort to hide the fact that [the lawyer], not [the claims handler], had the personal knowledge of Travelers’ reasons to deny the claim and to use the attorney-client privilege as a sword to prevent Renaissance from discovering the reasons from the person who had the personal knowledge of the basis to deny the claim.” As in Canyon, the Mississippi Supreme Court in 100 Renaissance held that if the claims handler “relied substantially, if not wholly” on in-house counsel to prepare the claim denial, the reasoning of in-house counsel was discoverable and not protected by privilege. Accordingly, the Court ordered the carrier to produce the communications and claims documents and to produce its in-house counsel for a deposition.

In short, policyholders shouldn’t be spooked when insurers hide behind privilege and refuse to produce key claims file documents in litigation. Instead, policyholders should carefully scrutinize the applicable statutory and decisional law in the state at issue and discern the functions the insurer’s attorney—whether in-house or outside counsel—performed in handling the claim. If it appears that counsel had a strong hand in the adjustment process, policyholders should push back on any claim of privilege or work product protection.