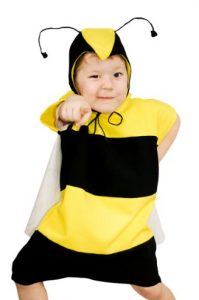 Coverage B under traditional Commercial General Liability (CGL) policies may be the least understood coverage that nearly every company carries. Coverage B provides liability protection for claims of Personal and Advertising Injury, such as false arrest, libel or slander, and violation of a person’s right to privacy, among others. Yet with so much recent focus on cyber liability insurance and the protection that these policies can provide for the inadvertent exposure of personal information stored electronically, Coverage B gets little attention. This is mostly deserved, as many CGL policies expressly exclude coverage for the loss or exposure of electronic data, and Coverage B applies in mostly non-traditional circumstances. Nonetheless, it is important to remember that for many claims, particularly those involving non-traditional facts, Coverage B will apply.

Recent events highlight the importance and continued relevance of Coverage B. For example, a recent case in the news involves a health insurer being sued by its insureds for mailing them information regarding HIV medication in transparent envelopes, thereby exposing their identity and the medication they were seeking. The suit alleges that the insurer negligently revealed confidential information and, given the reported facts, should trigger Coverage B (as well as other coverages).

Coverage B also applies in circumstances beyond improper disclosure of confidential information. In another recent case, a developer was sued by one of its occupying tenants because construction equipment necessary to expand the development blocked the ingress and egress to the tenant’s property. The CGL insurer initially denied the developer’s request for defense, contending that there were no allegations of “personal injury” or “property damage” necessary to trigger Coverage A. The insured correctly responded that the claims brought against it included “invasion of the right to private occupancy,” thereby triggering the duty to defend under Coverage B. Upon further consideration, the CGL insurer agreed and provided the insured with a defense. The duty to defend one claim is the duty to defend all.

In short, Coverage B applies in many non-traditional circumstances (as well as more traditional ones), and should always be considered by companies when facing liability for claims other than “personal injury” or “property damage.”