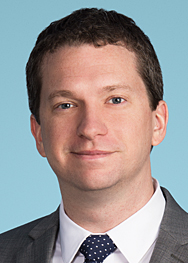 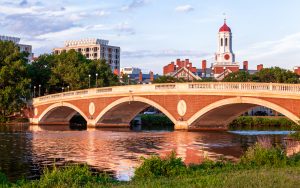 Recently, amid the tempest of media coverage surrounding Supreme Court oral arguments in the case of Students for Fair Admission v. President & Fellows of Harvard College, another federal court quietly issued a dispositive order in related coverage litigation, holding that Harvard’s excess carrier, Zurich, had no coverage obligation in the underlying case because Harvard did not provide timely notice under a “claims-made-and-reported” policy. The case is President and Fellows of Harvard College v. Zurich Am. Ins. Co., 1:21-cv-11530-ADB (D. Mass.).

Harvard faced an uphill battle in the coverage suit: it did not report the claim to Zurich within the policy’s reporting period, and multiple Massachusetts decisions have strictly construed similar notice requirements in favor of insurance carriers. Harvard attempted to distinguish this line of cases on the basis that, here, Zurich had actual notice of the underlying litigation due to the case’s public notoriety and widespread media reporting. Actual notice would be dispositive, Harvard argued, because the purpose of a claims-made notice requirement is to permit the carrier to make informed underwriting decisions prospectively. But U.S. District Judge Allison Burroughs disagreed, concluding that under extant authority, “[p]rejudice and actual or constructive knowledge are not exceptions to the general rule” that notice provisions in claims-made policies should be strictly enforced. Importantly, in other contexts, courts in many jurisdictions have rejected insurers’ late notice defenses when the insurer could not demonstrate that it was prejudiced by the timing of notice and/or when notice was not a condition precedent to coverage under the relevant policy language.

Harvard’s failure to give earlier notice may have resulted from an overly optimistic initial prediction of Harvard’s likely legal spend in the matter. According to the parties’ filings, when the underlying suit was filed in November 2014, Harvard had a $2.5 million self-insured retention and a $25 million primary policy through AIG. Harvard timely tendered its defense to AIG but said nothing to Zurich at the time—perhaps because it did not think the claim would pierce the $27.5M layer. Although Harvard finally provided notice to Zurich in May 2017, by then it was too late: the claims-made policy required notice during the policy period or within 90 days of the expiration of the policy, a window that expired in January 2016, more than a year earlier.

To state the obvious—this decision provides a cautionary tale to all policyholders, especially those holding claims-made-and-reported policies. Policyholders are often hesitant to report claims because they doubt that the subject insurance will come into play and they do not want to risk a premium increase by reporting a claim to a layer that is ultimately never reached. But this is a classic example of being penny-wise and pound-foolish. It may have been reasonable for Harvard to initially predict that its defense costs in the underlying case would remain within its primary limits, but by the time Harvard filed its complaint against Zurich in September 2021, Harvard reported that its $25 million primary policy had been exhausted—and this was before Supreme Court briefing and oral argument. Harvard’s omission to provide notice to Zurich may well have cost it millions.

When in any doubt, policyholders should give notice early and often. Pillsbury’s insurance professionals are always on hand to assist with navigating any challenges.