A few weeks back, we told you how South Carolina May No Longer Hold Insurers’ Reservations. In that post we left you with a teaser: “There’s more to this case.” 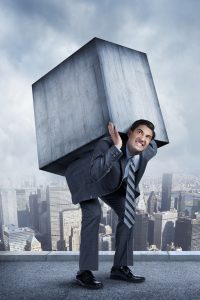 In fact, Harleysville Group Insurance v. Heritage Communities, Inc. does more than just take insurers to task with regard to their vague reservations of rights. Reaffirming that, in a case involving both covered and excluded losses, the insurer bears the burden of proving which damages are excluded from coverage, Harleysville shows how easily an insurer can find itself in a bind when trying to prove “no coverage” at the same time and in the same proceedings that it is providing a defense for its insured.

Although it relegated the point to a footnote—presumably because it was simply reaffirming existing law—the Harleysville court found that an insurer cannot rely on a general jury verdict to support its denial of coverage for certain damages alleged. Because the general verdict offered no basis upon which to apportion construction defect damages among covered and non-covered losses, the court noted that the insurer had a duty under the CGL policy to indemnify the insured for the entire general verdict where at least one of several claims was covered. The insurer failed to sustain its burden of proving which portions of the damages award were not covered under the terms of the policy.

Because the insurer was providing a defense, the Harleysville majority was especially critical of its failure to obtain an allocation of damages by the jury, reasoning that “the dilemma now confronting Harleysville is of its own making.” But in so doing, the court overlooked something: the insurance company’s obligation to defend the insured requires that, although the attorney representing the insured is selected, employed and paid by the insurance company, the attorney becomes the legal representative of the insured and owes the insured unqualified loyalty. The insurer cannot ask that same attorney to simultaneously develop and present evidence specifically for the purpose of substantiating the insurer’s denial of coverage.

It’s not as if the insurer can simply intervene and ask the jury to specifically allocate the damages it intends to award against the insured. Indeed, as noted by the dissent, “there is no suggestion how Harleysville could have intervened in these lawsuits and asserted a defense against coverage without creating an impermissible conflict of interest in violation of established South Carolina law.” Nevertheless, it is not for the courts to counsel insurers how to fulfill their obligations to their insureds or to tell a party how to prove its case. Rather, the court’s role is to ensure a party sustains its burden of proof without running afoul of its professional, legal and ethical obligations. And, because Harleysville Group failed to do so, it was properly held responsible for the insured’s losses.