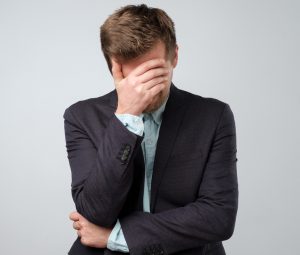 When a company receives a claim or lawsuit, it is critical to provide timely notice to its insurers. But when the claim is first made, sufficient facts may not yet be known to indicate which policy will respond. Many policies also contain language that purports to shift coverage to earlier insurance policies for claims that “relate back” to earlier events. As a best practice, policyholders and their brokers often provide notice of a claim under all policies that might cover a loss, to ensure that coverage is not defeated by failure to meet any obligation to give notice. This method of first providing notice for claims to multiple insurers, and then working with insurers to determine the correct policy to respond, is a well-established practice for managing insurance claims. Once the proper policy to respond to the claim is established, exclusions in the other policies kick in to avoid double coverage.

The Seventh Circuit, however, has thrown a monkey wrench into this practical machinery with its recent decision in Emmis Communications Corp. v. Illinois Nat’l Ins. Co.

In 2010, Emmis Communications tried to buy out its shareholders and go private. That effort failed after a group of preferred stockowners demanded modification to management’s offer, after which several groups of subordinated stockowners sued to block the transaction as undervaluing their interests. Emmis had purchased a D&O policy from Chubb in 2009 and notified the insurer about the claims. Chubb agreed to cover the stockowner claims, finding them related to each other.

In 2012, Emmis purchased a D&O policy from Illinois National. That policy contained a “Specific Events Exclusion,” which excluded coverage for claims related to (1) the prior shareholder litigation as described in an Emmis 2010 financial filing, and (2) “[a]ll notice of claim or circumstances as reported under” the prior Chubb policy. This exclusion was designed to exclude coverage for specific known shareholder claims that were covered by the Chubb policy. The term “Specific Events” was even part of the name of the provision.

The district court agreed with Emmis, determining that the phrase “as reported” was ambiguous and that Emmis’ interpretation was more reasonable. The court based its conclusion on the use of the past tense “reported,” holding that giving the insurer the ability to deny coverage even if a claim had been mistakenly submitted to Chubb was unreasonable and too restrictive. But the Seventh Circuit, in a very terse opinion, reversed, finding the phrase “as reported” was not ambiguous and contained no temporal qualification.

The Seventh Circuit’s decision is unfortunate and, in our view, incorrect for at least two reasons. First, the Illinois National exclusion, on its face, was designed to exclude specific, known claims that had already been handled by Chubb, not any claim reported, inadvertently or otherwise, to any other insurer. Second, the court has turned the common and prudent practice of notifying claims and circumstances under multiple policies into a possible tactical blunder, potentially jeopardizing coverage under any policy purchased to respond to claims.

Even though the Seventh Circuit came to the wrong conclusion, the decision serves as a reminder of two important lessons. First, never underestimate the willingness of an insurer to avoid coverage using a small flaw of language it put into a policy, despite the clear purpose of the provision as a whole. Second, always have experienced insurance counsel review the terms of your policies before purchasing. The introduction of the simple phrase “prior to the inception of this policy” would have accurately captured the intent of the Illinois National exclusion and removed any basis for the court to deny the coverage Emmis clearly expected when it bought the policy.

(Note that on August 21, the same day of this post, the court vacated its earlier ruling, and withdrew its earlier opinion, after a panel rehearing. The court reaffirmed the ruling of the district court, which ruled in favor of the plaintiff along the same lines of reasoning described in this post. The new order can be found here.)