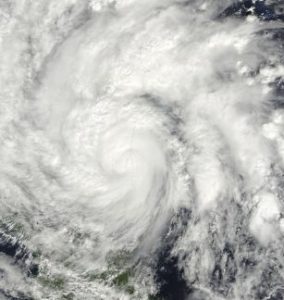 After hitting the shores of Louisiana with winds of up to 172mph in late August, Hurricane Ida’s remnants barreled up to the northeastern United States, leaving waves of destruction in its wake. The deluge of rain—more than half-a-foot fell in just a few hours—turned streets and subway platforms into rivers. The catastrophic flooding caused by the record-breaking rainfall killed several dozen people, left thousands without power, and damaged countless homes and businesses. All told, Ida is said to have caused more than $50 billion in damage. And scientists predict that, because of climate change, heavy rainfall-producing storms like Ida will only become more and more frequent.

As homeowners and businesses start to embark on the recovery process, many may be surprised to learn that their insurance policies may not cover damage caused by flooding. Most homeowners and many businesses must separately purchase flood insurance—either as an endorsement to their existing property policy or as a separate insurance policy entirely. Many such policies are underwritten through the National Flood Insurance Program (NFIP). Historically, policyholders (and mortgage lenders and other financial institutions that may require flood insurance) have been guided by FEMA’s determination of whether the insured property is situated within a flood zone, as indicated in “official” flood maps. But much of the devastation wrought by Ida occurred outside of FEMA flood zones, including in places such as central New Jersey and parts of New York City that are several miles from the nearest flood plain.

The recent experience of millions of Americans demonstrates the need for flood insurance products that are not only affordable but also realistically calibrated to particular flood risk profiles—rather than a one-size-fits-all approach based on “badly out-of-date” FEMA flood maps. On October 1, 2021, FEMA will begin rolling out an updated risk rating methodology (which was in the works well before Ida), dubbed “Risk Rating 2.0,” for use with the NFIP.

So, what could Risk Rating 2.0 mean for current and prospective flood insurance policyholders?

Inadequacies of the Historical National Flood Insurance Program
The NFIP was created by Congress in 1968 to provide a government-administered insurance alternative to federal disaster assistance, at a reasonable cost to consumers. The program is managed by FEMA and is federally subsidized, with the day-to-day sale of policies and claims administration handled by around 50 private insurance companies participating in the program. The program requires that flood insurance be purchased by home and business owners in certain flood zones, and that communities in those areas regulate floodplain development.

NFIP insurance has serious limitations, particularly for businesses. First, it only covers damage to real property and its contents. It does not provide coverage for business interruption (e.g., lost profits) resulting from flooding. Second, the maximum limits of $500,000 are often significantly less than the value of a structure and its contents, requiring the purchase of excess insurance. Third, NFIP insurance does not cover damage caused by earth movement and other perils that may accompany flooding. As a result of these limitations, many businesses must integrate NFIP insurance into a broader program of property coverage. Indeed, some “all-risk” commercial property policies providing flood coverage require NFIP insurance to be exhausted first. Homeowners also may not be fully protected by NFIP insurance; for instance, it may not cover basement improvements.

Additionally, FEMA has historically evaluated flood risk and priced NFIP insurance with the use of flood zone maps, simple tools dating back to the 1970s emphasizing a property’s elevation relative to a zone in which 100-year flood events have historically occurred. But these maps do not distinguish among types of flooding, such as river overflow, storm surge, coastal erosion and heavy rainfall—each of which presents unique risks and variables. The maps also do not account for climate change, which is now known to increase the frequency and severity of flood events. And, due to lack of flood data, unmapped flood hazard areas abound. It is therefore high time for FEMA to revamp its flood risk rating program.

FEMA’s Risk Rating 2.0
FEMA characterizes its Risk Rating 2.0 program as a “transformational leap forward” due to its use of new analytical tools—rather than reliance on flood zone maps—to measure and synthesize such factors as likelihood of inland flooding, historical storm surges, cost to rebuild property and remediate land, historical flood losses, and natural and man-made surroundings and barriers. According to FEMA, the result will be that flood insurance rates will now be “actuarily sound, equitable, easier to understand and better reflect a property’s flood risk.” FEMA has made its methodology and data sources underlying this rating program publicly available.

Part of FEMA’s stated goal is to equitably distribute premiums across all policyholders based on property value and flood risk. FEMA’s own initial analysis suggests that under the Risk Rating 2.0 rubric, premiums will likely increase for the large majority of flood policies issued in flood-prone states such as Florida, Louisiana and Texas. If nothing else, this would seem to confirm what some victims of Ida and other recent storms already know—that FEMA’s map-based approach to risk assessment was woefully inaccurate. But even as NFIP insurance is about to get more expensive for some of the people and businesses that need it most, the coverage limitations discussed above will remain.

FEMA’s new risk rating program will, hopefully, result in the issuance of more flood insurance policies around the country, offering more people some degree of protection against the devastation that we now know will occur more frequently due to climate change. But policyholders may not be able to rely exclusively on FEMA’s flood insurance program for maximum protection, and they may have to explore other insurance products to fill in coverage gaps and provide sufficient limits. Policyholders looking to ensure that they are adequately protected from flood risks should turn to experienced coverage counsel to evaluate their existing coverage and advise on additional flood insurance options.