A great deal of premium exchanges hands to buy the Difference in Condition (DIC) or “drop-down” component of excess Side A DIC coverage. Yet policyholders, brokers, and to a large extent, D&O 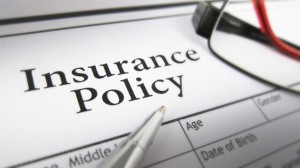 liability carriers have surprisingly little understanding of just how that standard coverage feature is triggered—or how it works in practice. Recent experience with the drop-down provision suggests that it can be a highly valuable tool to help resolve disputes in which one or more carriers is refusing to meet its coverage obligations. But triggering the coverage is fraught with difficulties.

A Side A DIC policy typically sits excess of a traditional Side ABC D&O policy, providing an additional layer of protection and limits for individual directors and officers, which cannot be consumed by claims against the insured entity via Side B (indemnifiable claims) and Side C (direct claims against the entity). It is intended to fill in several important gaps for individual D’s & O’s:

It is with respect to the fourth category—where the Side A DIC policy is designed to immediately fill in for underlying carriers who refuse or fail to pay in a derivative action—that this coverage is particularly interesting.

No Indemnification for Derivative Actions

Corporate by-laws, reflecting State corporate laws, normally prohibit indemnification of a corporate director or officer with respect to derivative claims, i.e., claims brought derivatively in the name of the corporation against such individuals.

The prohibition on indemnifying corporate D’s and O’s against derivative claims avoids the circularity of a company having to indemnify the defendants against the company’s own claims. Because D’s and O’s cannot be indemnified by their company for derivative claims, insurance for such claims is extremely important, as is coverage of any potential gaps. Thus the need for Side A DIC coverage.

Triggering Language under Side A DIC Policies

One of the pioneers of the excess Side A DIC market is CODA, a division of Ace (now Chubb), and its policy wording serves as a useful reference. The Insuring Agreement in the CODA Premier policy form insures “any portion of … Loss” that insureds are legally obligated to pay due to Claims first made during the policy period that “is not paid under the Underlying Insurance” because the “insurer(s) of the Underlying Insurance:

(i) refuses in writing to indemnify the INSUREDS; or

(ii) fails to indemnify the INSUREDS within sixty (60) days after a written request by or on behalf of the INSUREDS for such indemnification.”

This is the “drop-down” or DIC feature of the policy, and it makes clear that coverage can be triggered automatically and immediately by (i) a failure of an underlying D&O insurer, including any member of a Side ABC tower, to agree to a written demand for indemnity within 60 days, or (ii) by any outright declination in writing of a request for indemnity. This immediate and automatic drop-down provision is designed to protect the individual D’s and O’s when they need it most, such as when a settlement has been reached in the underlying litigation and carrier funding, or assurance of funding, is critical to the settlement.

The 60-day window for the underlying carrier to step up and indemnify the insureds can be particularly helpful if, for example, a Side ABC carrier takes the position that a proposed settlement is “unreasonable,” and declines to provide consent. In that case, the policyholder may issue a written request to the recalcitrant carrier for indemnity, and if indemnity is not provided within 60 days, the Side A DIC carrier may be asked to fill in the gap.

A number of issues may arise when a policyholder is considering declaring a DIC event and calling on its Side A DIC coverage.

First, when is the claim actually ripe? Frequently, coverage disputes will arise long before an underlying action is adjudicated or settlement negotiations are completed. An underlying Side ABC carrier may reserve rights to object to a final settlement on a number of grounds without actually “refusing to indemnify,” leading to uncertainty as to whether that coverage will be available, yet falling short of the concrete written denial arguably needed to trigger the Side A DIC coverage. Similarly, if a Side ABC carrier declines coverage, but will not put that declination in writing as a refusal to indemnify, 60 days is a by time to wait before coverage is triggered—especially in the heat of settlement negotiations.

Second, when a DIC claim is ripe and presented to the Side A DIC carrier, the carrier may assert the same defenses as the underlying carrier. For example, some Side A DIC policies include a “reasonable consent” to settlement clause that could be argued to preclude coverage for a settlement reached prior to declaring a DIC event. Such a position would contradict the very purpose of the DIC trigger (immediate, automatic protection for individual D’s and O’s when the underlying carrier fails to indemnify), and certainly the right of the DIC carrier to pursue subrogation against the non-performing underlying insurer should protect the DIC carrier from any prejudice in this regard. The same would be true of an “uninsurable loss” defense or the defense of a failure to protect the insurer’s rights to subrogation, or any of the limited number of exclusions in the policy. In reality, there is no valid reason the Side A DIC policy should have any exclusions beyond a personal conduct/final adjudication exclusion and a narrow insured vs. insured exclusion (such as the version found in the CODA policy).

Considering these practical issues, policyholders and brokers would be well served to clarify the language of drop-down clauses. They should likewise negotiate to remove consent to settlement provisions, onerous duties in connection with subrogation rights, all but one or two exclusions, and “insurability” exceptions to the Loss definition. Also, to avoid disputes over 60-day window or consent clauses, it helps to keep Side A DIC carriers “in the loop” on discussions with Side ABC carriers and on settlement efforts in the underlying litigation. These steps may help minimize the strain of a D&O cramdown.