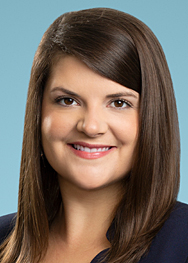 It’s time-proven advice: Never underestimate the power of an apology. This is true even in a legal context, and especially during a corporate crisis—an event with the potential to materially harm a company’s reputation or bottom line due to alleged negligence, malfeasance or other liability-driven factors. But even when an apology is a sound crisis and liability management tool, insurance and legal defense considerations can complicate its use. Policyholders are well-advised to proceed with care—and should neither automatically rule out an apology to relevant stakeholders and victims, nor issue apologies without fulsome consideration of the potential insurance and legal defense implications.

The Power of Saying “I’m Sorry”
Not only can a well-timed apology de-escalate a tense situation, it can also improve liability risks. For example, medical professionals traditionally have been advised not to apologize for mistakes, lest they invite a medical malpractice lawsuit. However, research reveals that when medical professionals are allowed to apologize for their mistakes, the likelihood of litigation is reduced. And in matters that were litigated, settlement values declined by $32,000 on average where the providers had apologized to the plaintiffs.

Corporate apologies can introduce compassion and humanize the crisis response, potentially transforming negative feelings. But bad apologies, no matter how well-intentioned, can make matters much worse, and unfortunately, are far more common than good ones. It’s critical to get the apology right. Here’s how:

To Apologize or Not to Apologize?
From the perspective of a potential litigation defendant, an apology can be scary. What if the apology is construed as an admission of guilt? The decision to apologize can present tension with the need to preserve potential legal defenses. Further, when CGL, D&O, E&O or other liability insurance is involved, the insurer has an important say in defending the matter and may argue that an apology given without its consent violates the policy’s cooperation clause or other policy conditions. Certainly, the good an apology can do should be assessed in light of its potential impact on future legal defenses or insurance recovery, but such considerations shouldn’t necessarily trump. Often, the mere specter of these implications results in decision paralysis or, worse, a non-apology “apology.” There should never be a default bias against an apology because a careful, situation-specific evaluation of the company’s overall exposure profile in light of the company’s corporate culture and goals will often militate in favor of a genuine, thoughtful and specific apology.

Not coincidentally, in some jurisdictions, both in the United States and elsewhere, statutes prohibit the use of certain apologies as evidence of liability. But such legislation is usually limited. While such statutes may privilege “partial” apologies (i.e., expressions of empathy or regret), they usually don’t protect “full” apologies (admissions of fault). They may extend only to certain types of claims (like medical malpractice). Legislation that bars insurers from denying claims because of an apology exists, but is exceedingly rare. Therefore, policyholders should proceed with caution, and be sure to take legal advice before proceeding.

The uncertain legal framework and the need to obtain insurer buy-in—which can be time-consuming—is at odds with key ingredients of an effective apology: timeliness and ownership of culpability. We suggest some “best practices” that offer possible resolutions to this dilemma:

Conclusion
There is power in a well-executed apology. When properly performed, apologies can improve a company’s position with its constituents, both internal and external—reputationally and legally. Existing liability regimes and insurance paradigms often limit a company’s ability to apologize effectively. Companies should put a core crisis response team in place who are empowered in a crisis to act quickly to, among other things, evaluate the value of an apology while properly weighing insurance recovery and litigation defense considerations. Moreover, policyholders should seek to negotiate terms with their insurers to facilitate prompt, decisive and effective action—especially in the context of managing a crisis when early actions will have a disproportionate effect on overall outcomes.

Your Corporate Crisis Covered: 4 Best Practices from a Policyholder Perspective