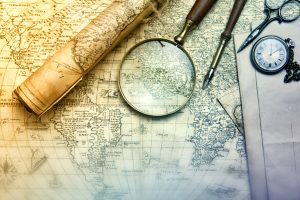 Claim analysis and pre-trial preparation can sometimes become so focused on determining what the law is that lawyers lose sight of our ability to change that law. In some cases, that means discovering and arguing new legal issues. In others, it means persuading the courts to take your side of a question that has not been decided before or has produced conflicting decisions, or even to overturn a binding ruling that stands in your way. To create these opportunities, you have to look beyond the most direct paths available—supplementing your likely trial arguments with an awareness of how the decisions you make before and at trial affect your ability to shape the law on appeal. This is as true in insurance litigation as in any other area of law.

Appellate practice is most likely to matter in cases that turn upon legal questions of broad importance—potentially a perfect fit for claims involving interpretation of standard-form insurance language that may impact many policyholders. Parties and counsel always need to be prepared for the probability that whichever side loses may pursue an appellate remedy after a trial loss, especially where the law is unsettled and particularly as dollar figures grow higher or claims grow more contentious. In some cases, existing law will allow some recovery, but a refinement of the law may enlarge the recovery that is available. (Nor is it unheard of for appellate courts to overturn prior precedents.) But if your path to success requires you to overturn an unfavorable decision in a prior case, then you also need to shape your trial plan in a way that positions you to press those arguments before a future court with enough authority to give you that win. And you never want to be caught by surprise, relying upon a rule you think is settled only to find that your adversary has cut you off by successfully challenging the validity of the rule itself.

The sooner you’re aware that appellate practice may form a key part of your legal strategy, the better you can prepare for the entire journey that lies ahead. Here are five tips to keep in mind:

Expand your scope. For each of the critical legal issues in your case, go beyond the straightforward inquiry into the controlling law. Do other states take a different, more favorable approach to the same concept? Has there been a split of authorities in your jurisdiction? Has the highest state court ruled? Have later decisions undermined the basis of an earlier precedent? Have the federal and state courts in your area split from each other? Is an older rule, still followed in your jurisdiction, giving way to a more recent trend elsewhere in the country? Or is the rule you need to rely upon under attack? Finally, do the facts of your case leave room to argue for an exception from a rule that appears settled? The better you and your counsel understand the entire legal universe surrounding the issues in your case—and not just what your court has done with the topic—the more options you will have at your disposal.

Survey the field. In a shifting legal landscape, the first decision to be handed down controls future cases, so it’s again important to look beyond just your dispute. If another policyholder is already litigating your key issue in your jurisdiction, then their outcome may tie your hands before you begin. But this risk of being beat to decision also presents an opportunity to get ahead. Preparing and filing a “friend of the court” brief in another case addressing a subject you care about is a relatively inexpensive way to help other litigants advocate for the rules you need to win, to shape the law before your own case reaches the courtroom, and perhaps even to win a critical legal fight before your adversary knows you’re fighting.

Gather your tools. A sound legal argument, standing alone, may persuade a court to favor your position. But when you are trying to convince a court to limit or overrule its prior decisions, it can help to point to any recent developments that may justify making the shift. For example, the forthcoming Restatement of the Law, Liability Insurance from the American Law Institute may provide either you or the insurers such leverage, should it endorse a rule not yet followed in your home jurisdiction. Or a new, well-written decision from another court may highlight flaws in the logic of your state’s prior holdings. Courts typically need reasons like these to support a decision to change their minds, above and beyond agreeing with the correctness of your position, so you want to be sure that you’ve considered such potential hooks in advance.

Retain a knowledgeable guide. Trial practice is full of traps for the unwary that can block your ability to make critical legal arguments on appeal. The most basic one is simple: as a rule, appellate courts will not consider arguments unless they were previously raised before the trial court, so you must be sure to press each of your points at the appropriate time. Some arguments must be made early in trial practice or they will be waived forever, while others can only be addressed after a sufficient factual record has been developed. And raising an issue just once may not be enough; arguments made early in the case may need to be revived before, at, or after trial to keep them alive, even though the chances of getting a different answer from the trial judge may be slim to none. The better you manage these nuances, the better positioned you will be to press your challenge or defend your victory on appeal.

Prepare to make sacrifices. One of the most counterintuitive parts of an appellate-minded case strategy is this: sometimes you need to make arguments that you know will not succeed at trial in order to set up a future appeal. No one likes to lose, and you do not want to lose credibility with your trial judge by wasting their time, but savvy counsel can frame these arguments appropriately so that they serve their purpose—laying foundation for the next phase of the game—without compromising the integrity of your trial case. Doing so requires clear management of expectations, so that each step of your journey is understood as a part of a larger plan.

In the end, not every case will require a robust advance appellate strategy. Some turn on factual issues that just are not suited to resolution on appeal; others revolve around legal standards that are too well settled to attack; others simply may not be worth the investment from a business perspective. But every case can benefit from time and effort spent thinking about the road that may lie ahead and whether appellate practice has a potential role to play. Proactive appellate planning empowers you to go beyond the most direct arguments, cutting new paths to potential victory. It can improve your advocacy before the trial court, as well as positioning you for success on appeal. Whether you see a chance to create an opportunity that the courts have previously denied to other policyholders or need to defend a hard-fought win against a spirited opponent, you don’t want to be the last one to realize that trial isn’t the most likely end of your case.