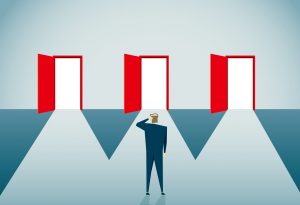 A federal court in Michigan just breathed new life into a long-running legal saga—while at the same time issuing a warning shot across the bows of insurers—by declining to dismiss an insured’s bad faith cause of action alleging its insurer wrongly decided to pay one claim before another, to the insured’s detriment.

In the late 1990s, Stryker Corporation purchased a batch of expired artificial knee joints known as “Uni-Knees” from Pfizer. Stryker then sold a number of the expired implants—which turned out to be defective—to hospitals where they were implanted in patients. In the early 2000s, Stryker was hit with dozens of product liability claims relating to the expired implants. Stryker turned to its commercial umbrella insurer, XL Insurance America Inc., and its excess insurer, TIG Insurance Company, who both refused to defend or indemnify Stryker for the expired implant product liability claims.

Stryker settled with the individual claimants for $7.6 million. Stryker then sued XL for its costs of defense and the $7.6 million settlement. The court agreed with Stryker and held that XL had breached its contractual duty to defend and indemnify Stryker for the expired implant claims. But that’s just the beginning.

Many of the individual claimants who settled with Stryker had also sued Pfizer. Pfizer obtained a judgment against Stryker enforcing the terms of a purchase agreement that required Stryker to defend and indemnify Pfizer. Because the XL and TIG policies also covered Stryker’s resulting liability to Pfizer, Stryker filed another lawsuit against XL and TIG seeking coverage for that liability. The court held that XL was obligated to defend and indemnify Stryker for Pfizer’s indemnification claims, and that TIG was liable for any excess above the limits of XL’s policy.

After this blow, Stryker once again filed suit against XL, claiming that XL acted in bad faith when deciding that it would settle the Pfizer judgment before paying the individual settlements. On August 17, 2018, the court held that Stryker’s claim was viable and denied XL’s motion for judgment on the pleadings. The court stated that Michigan cases analyzing bad faith claims stood for a simple principle:

The court noted while “[t]here is no Michigan case law expressly holding that an insurer has a duty to act in good faith when deciding which claim to pay first … such a duty is consistent with longstanding Michigan precedent that a duty of good faith is implied in most contracts.” The court added that it is natural to extend bad faith claims to cases like this “where an insurance contract implicitly gives the insurer discretion to choose the order in which to pay the claims against its insured.”

The court’s decision in Stryker will likely lead to stricter scrutiny of an insurer’s choice to settle or pay certain claims—to the insured’s detriment—where there is more than one claim invoking coverage. It also provides leverage for an insured seeking to require an insurer to process claims in the insured’s favor.