An all-too-common problem in the construction industry occurs when a company that is supposed to name another company as an additional insured on its policy fails to do so. The company that expects to be an additional insured (typically an owner or upstream contractor) sometimes does not follow through to ensure that it is actually added to the policy through an endorsement, or may rely on a Certificate of Insurance, which is not proof of coverage. 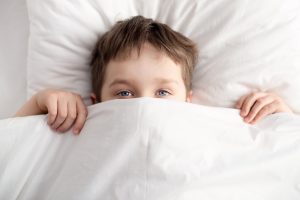 But what if there is no written agreement between the named insured and the company seeking additional insured status? A recent decision in New York’s Appellate Division highlighted this problem. In Gilbane Building Co./TDX Construction Corp. v. St. Paul Fire & Marine Ins. Co., Gilbane and TDX (the construction manager) sought coverage under a CGL policy issued to Samson Construction Co. (the prime contractor). Gilbane/TDX contracted with the Dormitory Authority of the State of New York (DASNY), and Samson had a separate contract with DASNY, as well. Because Gilbane and TDX were not named insureds under Samson’s policy, they sought coverage under the Blanket Endorsement, as Samson’s contract with DASNY arguably required it to name Gilbane/TDX as an additional insured. The Blanket Endorsement stated that the policy afforded additional insured coverage to “any person or organization with whom you [the prime contractor] have agreed to add as an additional insured by written contract.”

Feeling a little chilly? There might still be something to keep you “covered.” The Gilbane court did note that its decision was based upon the particular language in Samson’s policy, and didn’t foreclose a contrary result based on different policy language. And, an endorsement is available that, on its face, appears to provide additional insured status even in the absence of a written agreement. ISO form CG 20 38 04 13, first offered in 2013, grants additional insured status to “[a]ny other person or organization you are required to add as an additional insured” under a contract or agreement with another entity. For example, if a contract between a construction manager and subcontractor required the subcontractor to name the owner as an additional insured, the CG 20 38 04 13 Endorsement could afford coverage to the owner, even though there was no direct contract between the owner and subcontractor. But this language has not been tested in the courts, so whether it will actually be determined to provide protection is unclear.

To obtain additional insured status, owners and contractors should ensure that the correct contractual provisions are carefully prepared. And in the absence of a contract, companies must be actively involved when insurance policies are procured for the project, to ensure that the correct policies and endorsements are obtained at an early stage. In the end, there is no substitute for reviewing and understanding the risk transfer mechanisms of your contract, and the actual insurance policy to confirm that the appropriate coverage is in place.