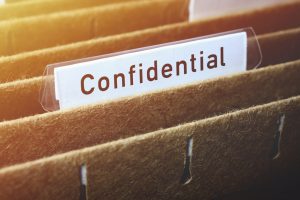 Disputed insurance claims often end in confidential settlements, as do many insured liabilities.  But does it matter if lawyers sign a settlement agreement approving “as to form and content”? Last month, the California Supreme Court answered that question with a resounding “Yes!” In Monster Energy Company v. Schechter, a unanimous California Supreme Court ruled that a lawyer signing such an agreement may be bound by that agreement’s confidentiality provisions.

After concluding a confidential wrongful death settlement, the plaintiff’s lawyer published information on the fact of the settlement, saying that he could not disclose the exact amount because “Monster wants the amount to be sealed.” The lawyer then went on to tout other suits he had filed against Monster.

The settling defendant was unhappy reading the press it had paid to avoid, and sued plaintiff’s lawyers for breach of contract, bad faith and other causes of action.

The lawyer responded by filing a so-called “anti-SLAPP” motion seeking an immediate dismissal of Monster’s suit against him. That motion in essence argued that the lawyer was protected by a litigation privilege. The trial court ruled in favor of Monster, finding that the breach of contract claim could proceed. The Court of Appeal reversed, letting the lawyer off the hook. But the Supreme Court reversed again, finding that a factfinder could reasonably conclude that the settlement agreement’s confidentiality provisions might be intended to bind the lawyers as well as the parties. The story is not over, as the matter will now head back to the trial court. But we can confidently conclude that at least some of the confidential settlement consideration is now at risk.