The startup guys in the hit television series Silicon Valley might be surprised to learn that the California legislature has expanded the scope of mandatory Workers’ Comp coverage to include their corporate officers, directors and working partners. The new law, effective January 1, 2017, sweeps in a broad 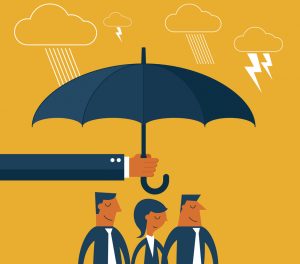 range of individuals, unless they file a written opt-out. These changes to the California Labor Code are creating confusion for some businesses regarding which employees must now be included on workers’ comp insurance coverage. The consequences of noncompliance can be severe, and businesses would be well-advised to ensure that they have secured the necessary additional coverage or obtained the necessary opt-outs from affected officers, directors, and working partners.

All California employers must provide Workers’ Comp benefits if the business employs one or more employees. So what categories of workers must be covered under workers’ comp insurance? The list is long and includes “every person in the service of an employer under any appointment or contract of hire or apprenticeship, express or implied, oral or written, whether lawfully or unlawfully employed,” including aliens and minors. Assembly Bill 2883 expanded the list of covered persons to include corporate officers, directors and working partners by narrowing the definition of an excluded employee and requiring that a written waiver under penalty of perjury be filed with the workers’ compensation insurer to opt out of coverage. The new law excludes an officer or member of the board of directors of a private or quasi-public corporation from the definition of an employee only if he or she owns at least 15% of the corporation’s issued and outstanding stock and executes a written waiver of rights stating under penalty of perjury that the individual is a qualified officer or director. The bill also excludes a general partner of a partnership or a managing member of a Limited Liability Company who executes a similarly written waiver. A waiver of coverage is effective upon the date of receipt and acceptance by the insurer and remains effective until it is withdrawn in writing. Businesses are now scrambling to determine what effects AB 2883 will have on operations.

California Insurance Commissioner Dave Jones noted in a 2016 press release that this new law could cause considerable disruption to workers’ comp insurers and employers as the new rules apply to policies already in force with no delay in the effective date of implementation. The California Division of Insurance reiterated that the provisions of AB 2883 applied to all in-force workers’ comp policies as of January 1, 2017, and added that unless a waiver was received and accepted by the insurer on or before January 1, 2017, any employee that may have otherwise been eligible for an exemption was required to be added to workers’ comp coverage. Further, the California Division of Insurance stated that backdating waivers would constitute an unlawful business practice and violate the law. Leaving workers’ comp-eligible workers uncovered in a stormy legal environment can result in a deluge of problems.

The consequences for failure to obtain workers’ comp insurance in compliance with state law requirements can be harsh and may include responsibility for an injured workers’ medical expenses, business closure pending compliance with workers comp law, state levied penalties up to $100,000 against illegally uninsured employers, criminal penalties resulting in fines and imprisonment of up to a year in jail, and the potential for civil lawsuits.

In light of Assembly Bill 2883, businesses with employees in California should consider a timely review to ensure that all eligible employees are covered by workers’ comp insurance and exempt employees have waivers on file as required by law. Under this newly passed law, Silicon Valley’s Erlich Backman would likely be covered by workers’ comp for his carpal tunnel syndrome as he only had a 10% stake in the Pied Piper company—qualifying him as a covered employee!