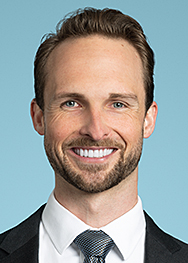 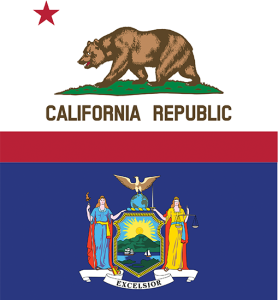 Four months ago, New York Governor Kathy Hochul signed the Adult Survivors Act (ASA) (S.66A/A.648A), creating a one-year window, beginning November 24, 2022, for adult survivors of sexual assault to bring civil claims against their alleged attackers which otherwise would have been time barred. On September 19, 2022, California Governor Gavin Newsom signed an equivalent law, the Sexual Abuse and Cover Up Accountability Act (AB-2777), which similarly suspends the statute of limitations for civil claims of sexual assault and other vicarious offenses arising out of that conduct starting January 1, 2023. These laws will likely generate a surge of litigation in California and New York, undoubtedly impacting many businesses operating there. Many, if not most, of those companies will look to insurers to furnish legal defenses and to financially support settlements or damage awards based on past policies.

The ASA and AB-2777 are the first laws of their kind to revive time-barred claims for survivors of sexual assault who were adults at the time of their alleged abuse. Nearly half of all U.S. states have passed similar laws reviving time-barred claims where the survivors were children at the time of their abuse (hereinafter “Child Victim Acts” or “CVAs”). States enacting such Child Victim Acts (or “CVA laws”) include Arizona, California, Delaware, Florida, Michigan, Minnesota, Nevada, New Jersey, New York, North Carolina, Utah and Washington, D.C.

CVA laws opened the gates to thousands of lawsuits against alleged predators and the institutions that employed, sheltered and, in some cases, concealed their conduct. It is estimated that more than 10,000 lawsuits were filed in New York state alone before its window closed. Surges in civil suits brought against entities like youth groups, religious institutions, private and public schools, day cares, camps, and others have led to years of complex litigation, bankruptcy filings, insurance coverage disputes, and alternative dispute resolution proceedings. Recently, tens of thousands of child sex abuse claims against the Boy Scouts of America reached a partial settlement in chapter 11 bankruptcy proceedings, in which the organization agreed to establish a $2.4 billion settlement trust.

Examples like these aside, the potential for large institutions to be implicated in past child abuse was mostly limited to industries like education, religion and other programs involving regular interaction with children. By comparison, laws that open up windows for survivors of adult sexual assaults will impact a far broader scope of entities and institutions.

New York’s ASA revives civil causes of action for any allegations of “intentional or negligent acts or omissions by a person for physical, psychological, or other injury or condition suffered as a result of conduct which would constitute a sexual offense … committed against such person who was” an adult at the time.

California’s AB-2777 states that “more than two out of three” sexual assaults “go unreported,” listing some of the many reasons including “self-blame, embarrassment,” uncertainty about legal terms, personal or professional connections to their attackers, “or because others blame them for their sexual assault.” The bill accordingly revives time-barred claims to prevent perpetrators from escaping liability where the delay was likely a direct symptom of the physical, emotional and psychological trauma inflicted by their attacks. Similarly, the bill refers to “widespread news reports of major companies being accused of covering up sexual assaults by their employees” and concludes that the statute of limitations should be reshaped to prevent these companies from enjoying “the fruits of their cover-up.”

AB-2777 will amend the California Code of Civil Procedure to revive time-barred claims where the plaintiff alleges (1) they were sexually assaulted, (2) legal responsibility of one or more entities “for damages arising out of the sexual assault,” and (3) “[t]he entity or entities, including … their officers, directors, representatives, employees, or agents, engaged in a cover up or attempted a cover up of a previous instance or allegations of sexual assault by an alleged perpetrator of such abuse.” Sexual assault is defined, by reference to various crimes described in the Penal Code, as assault with the intent to commit any of those crimes, or the attempt to commit any of those crimes. Cover up is defined as “a concerted effort to hide evidence relating to a sexual assault that incentivizes individuals to remain silent or prevents information relating to a sexual assault from becoming public or being disclosed to the plaintiff, including, but not limited to, the use of nondisclosure agreements or confidentiality agreements.” The act also “revives any related claims, including, but not limited to, wrongful termination and sexual harassment, arising out of the sexual assault that is the basis for a claim pursuant to this subdivision.”

From an insurance perspective, these lawsuits are likely to be far more complicated and costly than their CVA predecessors. Complex corporate structures and hierarchies are designed to insulate the broader entity from conduct that occurs within its subparts. Yet plaintiffs will seek to pierce as many layers of this as possible to reach as many assets and policies as possible to expand the resources available to compensate their clients.

Insurers have tried many strategies to avoid their contractual obligations to indemnify policyholders for claims arising from revival statutes.

Insurers have unsuccessfully challenged CVA laws on the grounds that they unfairly contradict the underwriting principles and risk assessments in place at the time the policies were negotiated—arguing that if they had known that the statute of limitations might later be suspended, they would have accounted for this and increased premiums or included exclusions. Courts have been understandably unsympathetic to these arguments in the context of child abuse and will likely continue to be when adjudicating sexual assault claims and allegations that the institutions were negligently complicit in the conduct or its concealment. Insurers have similarly challenged these laws on constitutional grounds, but the courts have firmly held that civil statutes of limitation are inherently procedural provisions and do not implicate the same constitutional concerns as might be found in revived criminal prosecution of the same conduct.

Insurers commonly rely on the defense that their policies do not cover policyholders for intentional acts. Some policies also contain express exclusions for sexual abuse and assault. These arguments may hold weight for policies held by the actual perpetrators, but they will not absolve insurers of defending and indemnifying employers for negligence or vicarious liability. In addition to express exclusions, insurers may also disclaim coverage for these claims based on the known loss rule, which requires that losses be fortuitous and not known by the insured prior to the policy period. Sophisticated plaintiffs’ counsel will likely account for all of these potential pitfalls and frame their allegations accordingly to avoid unintentionally reducing the scope of policies from which a settlement or damage award might be paid.

Additionally, insurers are likely to continue to employ dilatory or obstinate tactics to extend litigation, avoid their contractual obligations, or generally pressure parties to agree on severely reduced settlement figures. An attorney representing roughly 17,000 of the more than 82,000 claimants bringing claims of child sexual abuse against the Boy Scouts of America reportedly stated that “dealing with insurers was the most difficult part of getting a plan finalized, and while the majority of the money that will be distributed has been accumulated through settlements with insurers, most of the companies with which the BSA has policies haven’t settled.”

Insurers’ opposition to these laws has extended beyond the courtroom into state legislatures. Insurers have actively lobbied against these laws or openly opposed their passage. In California, for instance, several insurance organizations were openly named as opponents to AB-2777.

Given the historical nature of these claims, having the assistance and advice of insurance recovery attorneys to navigate the complex web of potentially overlapping and concurring policies, disparate terms, and more will be critical to ensuring full recovery for survivors and full benefits of coverage for businesses. These claims may implicate various kinds of coverage including general liability insurance contemporaneous with the alleged occurrences, employment practices liability insurance (EPLI), and Director & Officer (D&O) policies, to name a few.