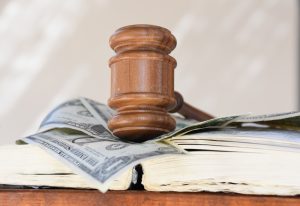 Returning to the work routine after the winter holidays can certainly be a drag—but some new case law from the past year should put policyholders in higher spirits as 2018 begins. In two decisions with the potential for broad impact, courts expanded the ability of policyholders to recover attorney’s fees from actions against their insurers and to obtain independent counsel in cases where the insurer accepts the defense under a reservation of rights.

In one form or another, the laws of 45 states make it possible for a policyholder to recover attorney’s fees if the policyholder is the “prevailing party” in a coverage action against its insurer. However, in a recent decision, the Oregon Supreme Court held that the meaning of “prevailing party” might be much broader than previous decisions have recognized.

The court found for the policyholder, and held that the insurer may be required to pay attorney’s fees if the policyholder obtains monetary recovery after filing an action against its insurer, even if there is no formal judgment or decision arising from the coverage case. Although based on an Oregon statute, the court’s reasoning relied on one of the same fundamental principles used by courts in most states when permitting policyholders to recover attorney’s fees; namely, policyholders should not have to pay attorney’s fees to obtain the coverage they are already owed under their policies. Given this common logical foundation, Long has the potential for a long reach indeed (and a big payout to policyholders, too).

The court ultimately rejected the policyholder’s argument that it was entitled to damages. While the court also rejected a “per se disqualification” rule where a prior relationship between an insurer and retained counsel exists, the court did expressly hold that attorneys hired by insurers to represent policyholders had a duty to disclose potential or actual conflicts to the policyholder, whether the representation is provided under a reservation of rights or not. Given that insurers repeatedly engage the same panel of firms for both coverage and defense work, the Washington Supreme Court may have just handed policyholders a powerful new argument in the fight to secure independent counsel.

While we certainly cannot know what 2018 will bring, these important cases from 2017 bode well for policyholders fighting for independent counsel and coverage in the coming year.