America is facing a reckoning. Many brave individuals have stepped forward over the last several months to speak truth about sexual harassment and assault in workplaces, in entire industries, and 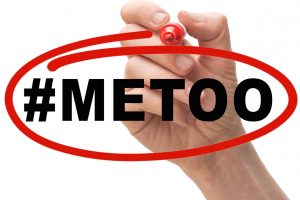 even in Congress. For a very long time, companies dealt with sexual assault and harassment allegations quietly and in backrooms, and these allegations often were not taken seriously. However, thanks to the turning tide, more companies are reexamining their internal policies, encouraging change in corporate culture, and addressing sexual assault, harassment, and discrimination claims more directly. As part of this effort, companies should also look at their corporate insurance programs to confirm insurance is in place should any such claim arise.

Sexual assault and harassment claims can take a myriad of forms—from internal complaints, Equal Employment Opportunity Commission complaints, claims under Title VII of the Civil Rights Act of 1964, claims under Title IX of the Education Amendments of 1972, and civil tort litigation—just to name a few. Companies can deploy several insurance strategies to address these various types of claims.

First, because of the potential high costs of claims relating to sexual harassment or sexual assault, businesses should consider Employment Practices Liability Insurance (EPLI). EPLI policies are specialized policies for employment-related claims. A typical EPLI policy provides coverage for current and former employees, executives, and contractors, and the company itself, against lawsuits or claims arising from wrongful termination, defamation, discrimination, retaliation, harassment, and, to the extent permitted by state law, punitive damages. Companies may also negotiate for EPLI policies that provide coverage for claims of discrimination and harassment made by third-parties, like customers or vendors. An EPLI policy is therefore often the first and best place to look for coverage for sexual assault and harassment claims.

Second, in lieu of a separate EPLI policy, some companies may decide to add an EPLI extension to their existing Directors and Officers or Professional Liability policies to close some potential gaps in coverage. Many companies consider this strategy because it can be more cost effective than purchasing an entire new policy. However, there are some disadvantages to simply adding an EPLI extension. For instance, the EPLI extension may be subject to a number of limitations, such as the absence of coverage for the company itself, as opposed to its officers and directors, or lack of coverage for non-officer employees, or even lack of coverage for emotional distress and mental anguish. Stand-alone EPLI policies generally offer broader coverage than that provided by EPLI endorsements or extensions, and often provide risk management and loss prevention services not offered when the EPLI endorsement is simply added to another policy.

Third, when a company receives one of these claims, whether the claim is covered by its EPLI coverage or not, it should also look to its other policies for possible coverage. For example, some companies may have Liquor Liability Insurance, which generally covers claims for bodily injury, property damage, or personal and advertising injury against the company that result from the incidental service of alcohol; such as liquor served at a company function. Therefore, depending on the allegations, sexual assault or harassment claims may trigger other types of coverage.

Additionally, insurance companies often limit coverage for claims such as sexual assault, sexual misconduct, discrimination, and so on, by applying retroactive dates and excluding acts of misconduct that occurred prior to the inception of the policy, the acts of alleged perpetrators, acts of known perpetrators, and punitive damages. As the country is realizing, largely because of the #METOO silence breakers, many sexual assault incidents only become known to the public months, years, or even decades later. However, often there are other internal employees, and even executives, who had knowledge at the time of the assault or harassment claim, but failed to take appropriate action. For example, there are reports that officials at Michigan State University received various formal and informal complaints about Larry Nassar, the former Olympic gymnastics team physician accused of assaulting over 130 women, as early as 1997. Michigan State University now faces numerous lawsuits for its alleged failure to act. Thus, one of the many lessons for companies from the #METOO movement is not only to address all sexual harassment or assault claims in the appropriate manner, following company and human resources guidelines and state and federal laws, but also to put their appropriate insurance carrier(s) on notice of any such claim. And, when writing or renewing coverage, negotiate for severability language, which is available in the marketplace, to preserve coverage for the company and other innocent insureds when a guilty insured withholds knowledge of misconduct giving rise to legal exposure.

Now is the time to review your current insurance program and reach out to your insurance broker to purchase coverage to fill in gaps that could leave your company exposed as a result of sexual assault or harassment allegations. Likewise, be sure to consult with coverage counsel to better understand the interplay of various policies, policy provisions, endorsements, and exclusions.