In most cases, a reasonable settlement produces a better result than litigation. A good settlement should provide more of what you need at a lower cost with less interruption of your core business. 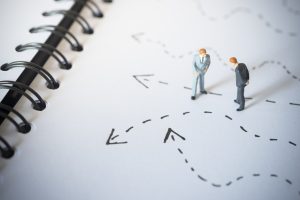 Abraham Lincoln is credited with the following advice: “Discourage litigation. Persuade your neighbors to compromise whenever you can. Point out to them how the nominal winner is often the real loser—in fees, and expenses, and waste of time. As a peace-maker the lawyer has a superior opportunity of being a good man. There will still be business enough.”

More than 150 years later, this is still sage advice. Companies embroiled in contentious litigation know this best. Alas, recognizing that compromise is a superior outcome does not get you to this goal, particularly in the context of attempting to settle complex insurance claims.

The term alternative dispute resolution, or ADR, is now a part of our standard lexicon. But ADR is not always possible, and many do not understand how to make it work. ADR can happen only if both sides agree to it.

Insurers are often receptive to ADR, for a number of reasons. To insurers, litigation is simply an intrinsic part of their business; they understand better than anyone how expensive and unpredictable it can be, and they are self-reflective enough to know they are not usually jury favorites. Moreover, under the insurance codes of many states, insurers are encouraged or even obligated to meet with their policyholders in an attempt to resolve claims without recourse to litigation. Failure to meet these obligations may expose insurers to claims of bad faith. Finally, insurers know that litigating against your customers is usually bad for business.

There are different but similarly persuasive reasons why ADR makes sense for policyholders. Unlike insurers, policyholders are not in the insurance-litigation business. Participating in discovery and trial, particularly regarding insurance issues, is not part of their elemental business model, and is more disruptive to them than it is to insurers. Moreover, unlike their insurers, policyholders do not have a stable of insurance lawyers on retainer who offer volume pricing discounts—so coverage litigation is more expensive. And just like an insurer, a policyholder—even with a strong claim—must account for the uncertainty of litigation in its decision making. If insurers are not jury favorites, large companies enjoy no special advantages, either. For policyholders as much as for insurers, a claim resolved successfully outside of litigation offers a quicker, more predictable, and guaranteed way to put money in the bank.

While there are good reasons why both policyholders and insurers should want to settle rather than litigate, it is important as a first practical step to assure that both parties have a genuine interest in settling. This is not always the case. If not, undertaking an ADR process will be a waste of time and money.

Assuming you can assure to your satisfaction there is a genuine interest in settlement on both sides, process matters.

It is important to match the ADR tool to the dispute at hand. For ADR to have the best chance to succeed, you have to pay attention to a lot of different issues: the particular insurer’s approach to handling claims of the type at issue, the reason why the insurer has denied or refused to fully pay the claim, the strength of the policyholder’s legal basis for the claim, and the personalities involved on both sides of the table, both principals and counsel.

A well-tested and productive method to take as a first step is a private structured negotiation. By private, I mean a meeting without third-party neutrals. Instead, the meeting should be attended by principals from each side—each invested in the process, and with sufficient authority to settle the claim—and their lawyers. Settlement meetings with junior insurance claims handlers are unlikely to succeed, as are meetings attended solely by lawyers. By structured, I mean the exact contours of the meeting should be the well-considered product of a negotiation between policyholder and insurer, recognizing that forcing a process on the other side is not effective. Whatever process is agreed upon, both sides need to come away from an eventual meeting (or series of meetings) understanding the actual risks and rewards of settlement versus litigation. This requires substantial preparation. Ad hoc get-togethers are usually unhelpful. Because the insurer begins at an information disadvantage, best practice is for the policyholder to demonstrate that its claim is legally justified, in a transparent way. Experts may be helpful to explain technical issues. The policyholder’s presentation must be credible. If insurers believe the policyholder is not dealing squarely, settlement is unlikely and follow-on litigation will be more contentious. Confidentiality also matters. Best practice is to put a confidentiality agreement in place before holding any substantive meetings. Is all of this worth the effort? Yes, because a meeting of this kind is a chance for a policyholder to make its strongest case directly to the other side without opposing counsel filtering the message. Such an opportunity should not be missed. Notably, this ADR process entails the lowest cost.

If a private structured negotiation does not work, mediation is a good potential next step. It is more expensive but far less expensive than litigation. Once again, it’s important to “sweat the details,” including selecting the right mediator, selecting the proper mediation format (e.g., facultative versus evaluative, briefs or no briefs, argument or no argument), considering the proper timing of mediation, preparing properly for mediation and, assuming that an agreement is reached during mediation, making sure that the agreement is binding and does not later unravel. I have written extensively on this topic and refer anyone who wants a fuller explanation of the mediation process to my chapter in New Appleman Insurance Law Practice Guide, Volume 2, last published in 2015 (LexisNexis).