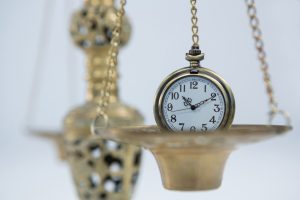 Before a court can resolve a dispute, it often needs to determine what law applies to that dispute. In certain insurance cases, that question will appear to have an easy answer. Some policies include explicit choice-of-law provisions indicating that they should be interpreted and applied according to the laws of a particular state, and such provisions are generally enforceable. But a case currently before the California Supreme Court highlights an important exception to this general rule and—should the policyholder prevail—would offer potential relief from the impact of stringent policy requirements.

The case is Pitzer College v. Indian Harbor Insurance Company, and the relevant facts are straightforward. In January 2011, Pitzer College discovered soil contamination during the construction of a new dormitory building. During the next three months, Pitzer developed a remediation plan, secured access to necessary treatment technology, and completed its remediation. But it did not notify Indian Harbor, its pollution and remediation insurance carrier, until July 2011. In March 2012, Indian Harbor denied coverage based on what it characterized as Pitzer’s “late notice.” Pitzer responded by filing a coverage lawsuit.

Pitzer’s policy with Indian Harbor included a provision stating: “All matters arising hereunder including questions related to the validity, interpretation, performance and enforcement of this Policy shall be determined in accordance with the law and practice of the State of New York[.]” But Pitzer filed its coverage suit in its home state of California—setting the stage for a conflict-of-laws dispute.

California, like most states, follows a “notice-prejudice rule” under which an insurer can only deny coverage based on an insured’s late notice if the insurer establishes that it was actually and substantially prejudiced by the insured’s delay in giving notice. To meet this burden, an insurer typically would have to prove that the delay in notice deprived it of access to sources of proof or otherwise increased its liability under the policy. In contrast, New York follows the minority view and enforces notice provisions without requiring the insurer to make any showing of prejudice. (New York adopted a limited notice-prejudice rule by statute in 2008, but it was only for certain liability insurance policies and did not apply to Pitzer’s policy.)

For Pitzer, the difference between these two rules is critical. Under the New York rule, Pitzer’s six-month delay in reporting its claim is likely to be fatal; under California’s law, the delay will only bar coverage if Indian Harbor can demonstrate prejudice. Therefore, the policy’s New York choice-of-law provision would seem to dictate that Pitzer’s claim will fail. But choice-of-law is a threshold procedural issue, so before applying New York law to bar Pitzer’s claim, the California courts must first use California law to determine whether or not to enforce that provision. (These sorts of rabbit holes are common in choice-of-law cases.)

Here, Pitzer finds grounds for hope. Like most states, California usually defers to express choice-of-law agreements made between contracting parties, such as the “apply New York law” provision contained within the Indian Harbor policy. But California will not enforce the laws of other states when those laws are contrary to a “fundamental California public policy.” Pitzer therefore contends that California’s notice-prejudice rule—a rule adopted to protect policyholders from the unfair consequences that result from the strict application of technical policy requirements, often imposed upon policyholders under form contracts they had no opportunity to negotiate—rises to this level. Pitzer points to several California authorities describing the “strong public policy” supporting the notice-prejudice rule, though none of them arose in the context of a choice-of-law dispute. If Pitzer’s argument is accepted, then Indian Harbor will be required establish that it was prejudiced by the timing of Pitzer’s notice, even though its policy calls for the application of New York law.

Pitzer’s argument failed to sway the U.S. District Court for the Central District of California, which ruled in 2014 that New York law applied and granted summary judgment in Indian Harbor’s favor, shutting down Pitzer’s claim. But Pitzer appealed to the U.S. Court of Appeals for the Ninth Circuit, and the Ninth Circuit in turn asked the California Supreme Court—the ultimate authority regarding the proper interpretation of California state law—to decide whether the notice-prejudice rule constitutes a fundamental California public policy for the purpose of a choice-of-law analysis. The California Supreme Court accepted the question, briefing was completed in early November, and oral arguments are expected to be held within the next few months.

The California Supreme Court’s ruling will be of great importance, regardless of its answer to the question. If the court supports Pitzer and enshrines the notice-prejudice rule as fundamental, then it will expand the rights available to policyholders across the state, even those whose insurance policies provide for a more stringent rule. The same logic could also potentially be extended to block strict enforcement of other technical policy requirements. Moreover, because most states’ choice-of-law rules include some version of a public-policy exception, a ruling for the insured in California could potentially be replicated in other states across the country. On the other hand, if the California Supreme Court rules in favor of Indian Harbor and supports the application of New York law in this case, it will reinforce how critical it is for policyholders across the United States to understand and appreciate the potential impact of their policies’ choice-of-law provisions and conditions.

Either way, this is a case to watch closely.