We’ve come a long way since the days of Timothy Leary—both in terms of marijuana legalization, and in the diversity of business insurance products that have reached the market to insure marijuana-related risks. As of this blog post, more than 20 states have legalized marijuana for medical use, including eight states that have also legalized it recreationally. At the federal level, however, marijuana continues to be a Schedule I controlled substance, making it illegal for any purpose. Whether and to what extent the federal prohibition will be enforced by the Trump administration is not yet known. As the legal marijuana industry continues to grow apace, industry participants would do well to consider the insurance products available to them and potential pitfalls for the unwary. 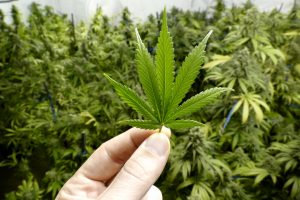 In recent years, insurance brokers have publicized the availability of policy forms tailored specifically to businesses involved in the manufacture and sale of medical marijuana. Interestingly, however, some of the big players in the insurance industry—including Lloyd’s of London—have specifically refrained from underwriting such policies out of concern for the narcotic’s still-uneven legal status. As a result, specialty insurance products may not yet be “standardized,” and the scope of their coverage (and even their enforceability) has not yet been tested in court. This doesn’t mean that such policies shouldn’t be purchased—but it does mean that a prospective policyholder should engage competent coverage counsel to carefully scrutinize these relatively new policies and their purported exclusions.

“Traditional” types of insurance policies, such as those providing general liability or first-party property damage and business interruption coverage, also potentially cover marijuana-related risk. That has not stopped insurers, however, from invoking the illegality of the business and public policy-based coverage defenses, even when the policyholder was operating legally in its home state. While some courts, such as a federal district court in Colorado, have rejected such arguments (and rightly so, especially when an insurer knowingly issued a policy to a marijuana business), other courts have been persuaded that marijuana’s illegality at the federal level makes it uninsurable. It is therefore essential that a prospective policyholder negotiate language—whether in a traditional policy or marijuana-specific policy—acknowledging the nature of the business insured and making clear that illegality may not be raised as a defense to coverage.

The analysis of a proposed policy must begin with a consideration of the type(s) of risk most likely to be faced by a particular marijuana business. Risks such as theft, fire, product liability, and director and officer misconduct must be addressed by appropriate language. Even an indirect player in the industry—such as a private equity firm that invests in a chain of legal marijuana dispensaries or a pharmaceutical company that acquires a cannabis health product development outfit—may want specialized endorsements to existing policies, making it explicit that they cover marijuana-related risk. It’s not difficult to imagine a wide array of potential insurance claims that could arise out of such business dealings, including privacy, data breach, intellectual property, employment, accounting, and securities-related issues, among many others. If your business even touches legal marijuana, it may make sense to analyze existing coverage and consider whether additional endorsements or policies are necessary to smooth the path to coverage for marijuana-related claims.