The first thing your insurance company must do after receiving notice of a loss is investigate your claim and make a coverage determination. The insurer will evaluate the strength of your claim, whether to pay it and what amount to pay. Even if the insurer thinks your claim is potentially covered, it may take the position that your claim is not covered or slow down its claim adjustment process to delay a payout in an effort to leverage a settlement for less than full value. If you sue to challenge your insurer’s coverage denial, a critical step to protect your rights and get the full coverage owed is to gain discovery of the insurer’s internal claims documents. 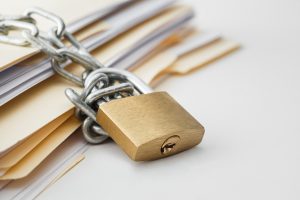 1. Insurers must maintain, and provide you with access to, key information about your company’s claim.

Most states’ regulations require insurers to document their key decisions, analyses and emails in a centralized “claim file.” If you want more information about why your insurer has denied your claim (and whether it acted in good faith), this is the place to start when requesting discovery from your insurer. The claim file should include all internal communications regarding your claim. But in spite of the clear language of insurance regulations, insurers will often attempt to impede access to the full claim file.

To overcome this, know your rights under the relevant state regulations, and use them as a guide to seek detailed answers through written discovery and depositions of claims personnel about how the insurer’s records are organized and kept, their policies and procedures for documenting a claim, and the steps taken to collect documents in response to discovery demands. And, of course, demand production of the entire claim file. When you review what the insurers produce, look for gaps in information or in the chronology of the handling of the claim. Chances are you’ll find that the claim file your insurer has provided is far from complete.

2. Challenge an insurer’s position that its claims handlers’ communications are protected by the attorney-client privilege.

Many insurance companies use lawyers as claims adjusters, and then seek to withhold documents related to their coverage decisions based on assertions of the “attorney-client privilege.” An insurance company’s communications with its lawyers, however, are protected by the attorney-client privilege only if made in the course of seeking or providing legal advice. Anyone, including a lawyer, who reviews insurance claims and makes coverage decisions is carrying out the insurer’s normal business functions and is acting primarily as an adjuster, not an attorney. Because it’s not a claims adjuster’s job to provide legal advice, communications between the insurer and an attorney acting as a claims adjuster shouldn’t be protected by the attorney-client privilege. This is so even if the insurer hires an outside law firm rather than using its own personnel to adjust a claim.

3. Challenge the blanket assertion of the work product protection to pre-denial communications.

Insurers may also seek to withhold the analytic work product of claims adjusters who are lawyers. Courts in a number of jurisdictions have found that because claims adjustment is part of an insurance company’s “ordinary course of business” communications generated as part of this process are not privileged, despite a lawyer’s involvement. Some courts have found that an insurer moves from the ordinary course of business to preparation for litigation only when they deny a claim. Those courts conclude that documents generated by an insurance company before it denies a claim are discoverable because they’re made in the regular course of the insurer’s business. This may include work product generated by an insurer’s outside attorneys when evaluating your company’s assertion that its loss is covered.

How to Fight Back

Policyholders can overcome an insurer’s efforts to withhold claim file documents that may be critical to proving coverage or demonstrating insurer bad faith by taking the following steps: