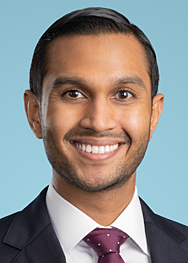 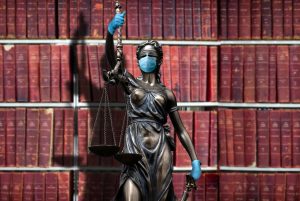 We have been carefully monitoring the litigation filed across the country, where businesses are seeking coverage for the business interruption losses arising from the government closure orders issued to address COVID-19. Some of the Closure Orders expressly refer to property damage, but it is important to actually plead facts that address the language in the relevant insurance policy and the insured losses sustained. In all the trial court decisions we have reviewed so far, the policies generally cover property coverage and related business interruption where there has been a “direct physical loss or damage” to the insured premises. Many also include separate civil authority coverage for business interruption losses sustained if the premises are ordered shut or partially shut down due to properties within a defined radius of the insured premises suffering from “covered causes of loss”—again, generally physical loss or damage. Some of the policies also include virus exclusions, but early motions to dismiss have focused on the question of whether COVID-19 has caused physical loss or damage to the premises insured.

Outside of the United States, courts have issued broad rulings in favor of policyholders. For example, in a recent judgment issued by the insurance regulator in the United Kingdom, the High Court of Justice reviewed 21 policies, all of which had express coverage for “notifiable disease.” The court determined that the policies should cover the loss of business their insureds suffered due to closure orders issued by the United Kingdom government. This favorable judgment—which is likely to be appealed—covers some 370,000 insured businesses in the United Kingdom. The court referred in passing to recent policyholder-friendly decisions in France and South Africa. But even though there are a number of multidistrict cases and alleged class actions pending in courts here in the United States, we have seen no equivalent proceeding by any insurance regulator. (This is likely because insurance is regulated state by state, each with their own Department of Insurance and Insurance Commissioner.) Instead, in the United States, judicial determination of COVID-19 coverage questions is playing out in separate cases across the country.

Many businesses, suffering terrible business losses, engaged counsel to file lawsuits immediately and perhaps without carefully considering the policy language. In general, those businesses pled only that the closure orders caused economic loss; they did not plead to the policy terms to show that the policyholder suffered physical loss or damage to its own property (in the form of on-premises contamination or presence of persons with the novel coronavirus) or closure due to civil authority orders based, at least in part, on contamination of nearby property. Sophisticated insurer counsel easily picked off these early filed cases based on the generally standard property policies, which often contain both a prerequisite of physical loss or damage to property and virus exclusions, coupled with no added coverage for communicable disease or microorganism related losses. As a result, the early score cards appear to be weighted in favor of the insurance companies (10E LLC v. Travelers Indemnity; Malaube LLC v. Greenwich Ins. Co.; Diesel Barbershop LLC v. State Farm Lloyds).

However, some early wins for policyholders have provided important guidelines for how to plead into coverage. For example, on August 12, 2020, in Studio 417 Inc, v. Cincinnati Insurance Company, the U.S. District Court for the Western District of Missouri denied the insurer’s motion to dismiss because plaintiff Studio 417 alleged sufficient facts to defeat the motion. The plaintiff alleged that the highly contagious virus was physically present at its insured properties, in fluid particles, and the virus fluid particles were deposited on surfaces and objects; as a result, they had to suspend operations. The judge found these allegations were enough to demonstrate “loss or damage” in that the affected premises were “unsafe and unusable.” Thus, there was a potential for coverage sufficient to defeat the insurer’s motion to dismiss. A similarly favorable decision denying an insurer’s motion to dismiss was handed down in New Jersey state court, based on accepting the policyholder’s claims that the insured premises suffered damage by way of the closure orders which interfered with the use of the premises.

Elsewhere, other insureds have not sufficiently pleaded facts supporting their claims. For example, in Malaube LLC v Greenwich Insurance Company, a magistrate judge in the Southern District Court in Florida contrasted the facts alleged by Malaube with the Studio 417 facts and granted a motion to dismiss on August 26, 2020, just a few weeks after the decision in Studio 417. The Malaube judge noted that, in the Studio 417 matter, the policyholder plaintiff alleged specific facts that the COVID-19 virus particles were physically present at the premises and caused them to be unusable, requiring the insured to suspend operations. In this later Malaube case, however, the judge noted the plaintiffs failed to allege that the virus was physically present at the insured premises and so failed to allege physical loss or damage to property—no physical harm alleged, so the magistrate judge granted the insurer’s motion to dismiss. It is evident that, had the policyholder instead alleged facts similar to those alleged by Studio 417, the court would not have granted the insurer’s motion to dismiss. (This also shows how closely the courts are following earlier COVID-19 decisions, even in other states.)

These early decisions addressing the sufficiency of the pleadings contain a hard lesson for policyholders’ counsel: Carefully plead facts in the complaint that will support the coverage afforded in the policies issued to the insured. This requires both a careful reading of the policies and assessment of the facts. Once these first-round cases addressing what facts must be pled survive motions to dismiss, a new round of motion practice is sure to follow. The insurers will file motions for summary judgment, and policyholder counsel should be prepared by consulting experts early, including in epidemiology, virology and other supporting sciences, to assist in supporting the proofs that the insured premises were unusable or damaged due to virus contamination.

Insurance Coverage for COVID-19 “Back to Office” Expenses