Most Commercial General Liability policies include a coverage enhancement known as a “separation of insureds” or “severability of interests” clause. This clause states that the policy’s coverage is to apply “separately” to each insured against whom a claim is made. When reviewing coverage for a CGL claim in which more than one insured is involved, it’s vital to consider the separation of insureds provision. This clause is too frequently overlooked.

Separation of insured clauses are particularly helpful when you’re dealing with CGL policy exclusions that address acts or omissions of “the insured.” These clauses, when viewed alongside the separation of insureds provision, have been interpreted as applying only to the conduct of the particular insured who is seeking coverage under the policy. At the heart of the issue is how an exclusion, or any limiting language, is to be applied when it precludes coverage for “any insured,” as opposed to “the insured.” 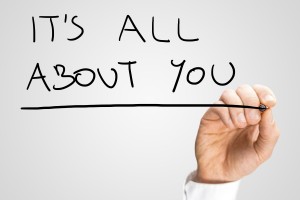 The insurance industry adopted separation of insured clauses to define the extent of coverage afforded by a policy that is issued to more than one insured. These clauses were first inserted in standard CGL forms in the mid-1950s to confirm that the named insured and additional insureds are to be treated separately, so that exclusions or other coverage limitations should apply only to the particular insured who is seeking coverage.

The most recent version of the ISO CGL “separation of insureds” condition states:

Except with respect to the Limits of Insurance, and any rights or duties specifically assigned to the first Named Insured, this insurance applies:

2.  Separately to each insured against whom claim is made or “suit” is brought.

The practical import of this language, as interpreted by a majority of the courts, is that CGL policy references to “the insured” are construed very differently from other references to “an insured” or “any insured.” In the context of policy exclusions, “the insured” means the insured who seeks coverage. For example, an exclusion for damage to “property in the care, custody or control of the insured” limits coverage only for the insured who actually has care, custody, or control of the damaged property. If another insured were to be held liable for the same damage, the exclusion wouldn’t apply to the other insured.

Additionally, while separation of insureds provisions require that a CGL policy apply separately to each insured, this does not necessarily mean that it will be applied in the same manner for all insureds. In fact, the manner in which coverage applies under the separation of insureds condition differs as between “named insureds” and other insureds. Subparagraph a. of the standard separation of insureds clause has been interpreted to mean that when a named insured seeks coverage under the policy, policy provisions referring to “you,” and to any other persons or organizations that have insured status because of their relationship to “you,” are to be read as if any other named insureds under the policy did not exist. The named insured is considered “you” under CGL policies by virtue of their preamble, which states that “[t]hroughout this policy the words ‘you’ and ‘your’ refer to the Named Insured shown in the Declarations, and any other person or organization qualifying as a Named Insured under this policy.”

Consider a CGL policy under which two related businesses, A and B, are each named insureds. An employee of B, while on A’s property, causes damage to some of A’s property. A makes a claim against B for the repair of the damaged property. The policy excludes property damage to “property you own, rent, or occupy,” an exclusion that at first blush would appear to eliminate coverage for any damage to A’s property since A, as a named insured, is considered “you” under the policy. But after applying the separation of insured provision in conjunction with the exclusion, B is entitled to coverage because “property you own” is interpreted to mean only property owned by B, and not the property owned by A. That is, the exclusion is read as if B were the only named insured under the policy.

The lessons to be learned are: (i) that an exclusion that excludes coverage for “any” insured may be treated differently from an exclusion that excludes coverage for “the” insured; and (ii) policy provisions using the word “you” may not preclude coverage when the policy includes more than one named insured. Don’t ignore the separation of insureds clause; a single word can make a quantum difference in how the coverage applies.