Over time, New York’s courts have erected multiple barriers to policyholders seeking to recover insurance for long-tail, progressive injury claims—such as environmental or asbestos liabilities—that can implicate multiple policies over multiple policy terms. Now, in a New York minute, just weeks after hearing oral argument, the Empire State’s highest court leveled the playing field by endorsing the “all sums” and “vertical exhaustion” approach to allocation advocated by a policyholder, at least as to policies containing “non-cumulation” and “prior insurance” provisions. 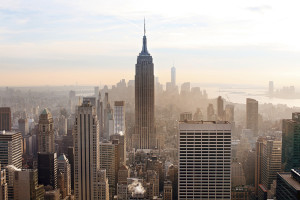 In In re Viking Pump, Inc., New York’s Court of Appeals did not overrule its 2002 decision in Consolidated Edison Co. of New York v. Allstate Ins. Co., which had applied pro rata allocation where the non-cumulation clause argument was not raised, but the court made clear that pro rata allocation is not the default rule in New York. Rather, the specific wording of the triggered policies will control, and can require allocation on an all-sums basis. This is a huge win for policyholders with New York liabilities and a further endorsement, by a prestigious court, of the “all sums” approach to allocation.

This was a battle royale. Insurers threw in the kitchen sink in their attempt to preserve the New York Court of Appeals’ previously-rendered pro rata ruling in Consolidated Edison. They retained Kathleen Sullivan, a preeminent appellate lawyer and former Dean of Stanford Law School, to argue their cause. Many amicus briefs were filed.

The Court of Appeals handed down its Viking Pump decision on May 3. The case involved insurance for asbestos-related personal injury liability. The Delaware Supreme Court, which was reviewing a lower Delaware court decision under New York law, certified two questions to the New York court: “(1) whether ‘all sums’ or ‘pro rata’ allocation applies where the excess insurance policies at issue either follow form to a non-cumulation provision or contain a non-cumulation and prior insurance provision, and (2) whether … horizontal or vertical exhaustion is required before certain upper level excess policies attach.” The New York court unanimously answered in favor of “all sums” and “vertical exhaustion”—just as the policyholder requested.

With respect to allocation, the insurers argued that their liability to cover the underlying damage should be allocated pro rata over multiple policy years—in proportion to each insurer’s respective “time on the risk.” The policyholder urged that each insurer was jointly and severally liable for the entire loss, citing each policy’s promise to cover “all sums” the policyholder was obligated to pay as damages, as well as the policies’ non-cumulation or prior insurance provisions, which sought to collapse coverage for other policy years into each insurer’s policy. The Court of Appeals properly held that these types of provisions explicitly contemplated that the policies would cover damages occurring before and after the policy period, not merely “during the policy period,” as the insurers argued. Indeed, the court found such provisions “incompatible” with pro rata allocation. Without repudiating Consolidated Edison, the court relied on specific policy wording and declined the insurers’ invitation to make pro rata allocation the default rule in New York.

With respect to exhaustion, the insurers argued that excess coverage could not be triggered in any policy year until all “underlying” primary and umbrella coverage had been exhausted in all policy years. The policyholder argued that excess coverage in a given policy year is triggered as soon as the underlying primary coverage in that year is exhausted. Once again, the court agreed with the policyholder, holding that the attachment language of the excess policies supported vertical exhaustion, which it also found conceptually consistent with all sums allocation.

The practical effect of Viking Pump is profound. Where the language permits, it allows policyholders to maximize recovery for long-tail claims by:

Historically, non-cumulation clauses and prior insurance provisions were common in umbrella and excess policies, as well as policies sold by certain industry mutual insurers. Policyholders vulnerable to long-tail claims should scrutinize their policies, as well as the allocation and exhaustion law in their jurisdictions. Other insurance provisions and excess policy attachment language should be given a fresh look in light of this recent decision.