Certificates of insurance (a.k.a COIs) are used in contract relationships all the time. COIs give details of the insurance policies held by a contracting party as of a certain date.  They usually include information such as the policy number, the name of the insurance company, the type of insurance, the limits of liability, the 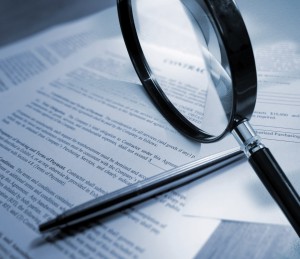 COIs do not usually show the policy deductible or what exclusions are included in the policy. This information can mean the difference between having coverage for a future loss and not.  You should make it a practice to request and review other parties’ actual insurance policies to confirm the existence and scope of coverage.

COIs also do not necessarily mean you’re covered under the policy, no matter what they say. In New York for example, courts view a COI as just evidence of the insurance company’s intent to provide coverage, but not as proof that coverage exists.  This is especially true where the COI contains some variation of the following statements:

You should recognize these statements as warning signs and check the policy to make sure you’re named as an insured or otherwise covered as required under your contract.

Even if an insurer has refused to provide you coverage as stated in a COI, don’t give up hope. For example, the insurer’s agent may have bound coverage by issuing the COI or may otherwise be liable to the COI holder.  In some states, the insurance company may be estopped from denying coverage if you have a COI. At least, a COI may be sufficient to raise an issue of fact as to coverage in a dispute with the insurer. This makes it more likely the insurer would settle your claim.

Although COIs are commonly requested as evidence that a contracting party’s coverage extends to include the COI holder as an additional insured, COIs may not always provide the coverage the parties think they have. The best practice is to always be sure to get a copy of the actual policy, including all endorsements, and to carefully review the terms and conditions to make certain that the insurance company is providing the required coverage.