The recent decision of Allied Property & Casualty Insurance Co. v. Metro North Condominium Associates highlights why only a minority of jurisdictions still hold to the fiction that construction defects cannot give rise to an “occurrence” covered under a CGL policy. It also shows why construction companies and other companies with similar risks need to understand how this rule is applied, and may want to avoid choosing Illinois law to control their CGL policies. 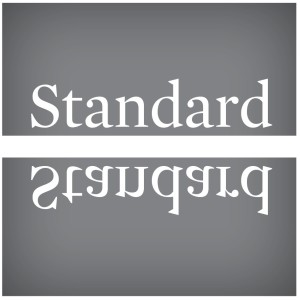 In Allied Property, coverage was sought from the CGL insurer for a window subcontractor, whose errors in installing the windows in a condominium project resulted in water infiltration and damage to other parts of the building. In holding for the insurer and finding that coverage was not triggered, the court cited Illinois precedent to explain that a construction defect is not an “occurrence” under a CGL policy. The court explained that construction defect claims pursue damages that are the “natural and ordinary consequences” of the insured’s “improper construction techniques” and, therefore, such claims do not constitute an accident.

The problem with this rationale—putting aside the fact that it has no basis in the plain terms of the ISO form CGL policy—is that nearly all “accidents” and damages arising therefrom are the “natural and ordinary consequence” of the insured’s conduct. For example, the “natural and ordinary consequence” of failing to apply the brakes of a vehicle is a collision. But no one would argue that such a collision wasn’t an accident, unless the driver intended the collision. Accordingly, in determining what constitutes an accident for purposes of insurance coverage, the standard courts generally apply is not whether the damages were the “natural and ordinary consequence” of the insured’s conduct, but whether the damages were intended or expected from the standpoint of the insured. This is true even in jurisdictions, like Illinois, where some courts have found that damages arising from construction defects don’t constitute an occurrence.

For example, in the Illinois case, Lyons v. State Farm & Casualty Co., the insured built levees that, though not defectively constructed, unintentionally extended onto his neighbor’s property. In determining coverage, the court explained that the question is “not whether the acts were performed intentionally,” but “whether the injury is expected or intended by the insured.” The court found that because the injury was neither expected nor intended by the insured, the damages arose from an accident and were covered by his CGL policy.

The holding in Lyons and other decisions in Illinois applying the “expected or intended” standard to find coverage for other losses that are, in fact, the “natural and ordinary consequence” of the insured’s conduct raises the question: Why not apply this same standard to liability for damages arising from construction defects?