They do some things differently in London. But just because they have different customs across the pond doesn’t mean they get to play by different rules—at least not in American courts. 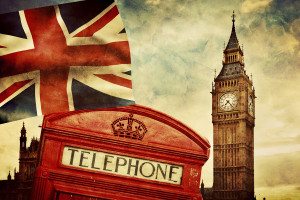 That was the message a federal magistrate judge in the Eastern District of New York delivered when she ruled that Certain Underwriters at Lloyd’s had waived attorney-client privilege by communicating with their counsel through a London broker.

Some background is in order. The London Market has always been a “subscription market,” in which scores of insurers may each “subscribe” for only a portion of the risk insured under a given insurance policy by initialing a special “slip” carried around by the London broker to solicit such subscriptions. Traditionally, the glue that holds this Market together is, indeed, the London broker, who circulates the slip to multiple insurers until the risk is fully subscribed, assembles the physical policy on behalf of the insurers, and thereafter may act as a middleman to convey notices to the insurers and communications between and among the insurers and their agents, including counsel.

In litigation, insurers often argue that the broker acts as the agent of the policyholder. They may press this argument in seeking to avoid a pro-policyholder interpretation of the contract, or to get the better of an argument that notice was tendered too late, or, more generally, whenever legal advantage is to be gained in attributing responsibility to the policyholder for the broker’s acts or omissions.

But in Certain Underwriters at Lloyd’s London v. National Railroad Passenger Corporation (Amtrak), the unique role of London brokers was decidedly disadvantageous to the London Insurers. Following Market practice, the insurers communicated with each other and their counsel through London brokers, and even received reports from their attorneys on pending environmental, asbestos and human health claims through these same brokers. Amtrak sought discovery of these attorney reports over the London Insurers’ claim of attorney-client privilege. As the court noted, however, a party seeking to withhold documents from discovery in litigation based on a claim of attorney-client privilege must demonstrate, among other things, that the communications were “intended to be, and in fact were, kept confidential.” Facing the London Insurers’ claim that their communications with counsel were privileged, it was not lost on Chief Magistrate Judge Mann that entrusting attorney reports to a third-party outside the confidential relationship—like the policyholder’s broker—is a poor way to maintain confidentiality. In fact, the judge held it constituted a waiver of privilege.

The London Insurers argued that, given the complexity of the marketplace in which they operated, it was a “standard” and “necessary” market practice to use brokers as a clearinghouse for such communications. There’s a kernel of truth to this: London Insurers long used London brokers as their messengers to organize communications in a complex and changing market, and sometimes, evidently, their lawyers still do. But, as Judge Mann concluded, “the fact that a particular method of distributing and/or retaining documents is standard in an industry does not determine whether that method of distribution comports with the law concerning attorney-client privilege.” The London Insurers have requested reconsideration.

Amtrak hands a potent discovery tool to policyholders embroiled in litigation with London Insurers. It also provides an object reminder to all parties that they must always be circumspect in handling confidential information.