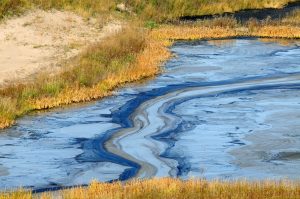 Insurers have recently argued that environmental property damage claims for “closure” costs arising out of historic pollution are not covered, because the claimed damages are just “ordinary costs of doing business.” Policyholders should strongly resist denials based on this argument, which is unsupported custom and practice in the insurance industry and contradicts the terms of standard-form third-party liability policies, applicable environmental laws, and insurance law in nearly all jurisdictions.

Manufacturing companies with long operating histories almost certainly have or will face liability from historic environmental property damage. Coverage for these long-tail environmental claims is not new. For roughly 40 years, courts across the United States have addressed whether insurance coverage is available for such claims under pre-1986 occurrence-based insurance policies.

Most of the underlying environmental claims at issue in these cases were asserted under the Comprehensive Environmental Response Compensation and Liability Act (CERCLA), a federal statute addressing hazardous wastes left in abandoned or inactive sites, or equivalent state statutes. These laws impose strict, retroactive liability. For the most part, insurers grudgingly concede that CERCLA claims were unexpected and are not ordinary costs of doing business.

This post addresses insurance coverage for related claims often asserted against the same companies involving actual or alleged contamination at their current operating sites under the Resource Conservation and Recovery Act (RCRA), a federal statute establishing a “cradle to grave” regulatory structure for overseeing the safe treatment, storage and disposal of hazardous waste at active operating sites, or under equivalent state statutes. Although RCRA was enacted before CERCLA, it has spawned substantially fewer reported insurance decisions and fewer still regarding “closure” costs.

As an example, imagine a refiner of petroleum products that has an unlined onsite pond into which flows oily waters generated by the refinery. In the pond, the oil is separated from the water by gravity, after which the water flows through separators and other treatment processes before being legally discharged into an adjacent waterway. Say the plant was constructed in 1930 and no permits were required for decades after it was put into service. Once RCRA was enacted, however, the plant and pond were regulated, including under newly issued permits requiring—for the first time—“closure” of the pond. Notwithstanding careful regulatory oversight from the 1980s forward, recent evidence shows that groundwater under the pond is contaminated, and federal or state regulators now claim this condition threatens the environment and must be addressed. Closure of the pond under RCRA will be expensive, requiring either upgrading (which would involve excavation of the waste in the pond and constructing an engineered liner) or ceasing operation (which would require remediation of any “hazardous” waste).

Under standard liability policy wording, these costs should be covered if the policyholder can prove that the third-party property damage (in this example, to groundwater) “occurred” during the policy period, assuming there is legal liability requiring action. This is because the long tail of this liability reaches back before 1986, when occurrence-based policies with only limited pollution qualifications were being issued.

Despite this, insurers often argue that “closure” costs are not covered. Insurers argue that manufacturers knew—or should have known—that they would have to pay such costs eventually. According to the insurers, these costs are “ordinary costs of doing business” and not the proper subject of third-party liability insurance.

This position is incorrect. The insurance industry regularly pays “ordinary costs of doing business.” For example, liability insurers regularly sell automobile liability insurance to companies with large fleets of cars and trucks, despite accidents that will predictably and regularly occur (bearing in mind, the causes, locations, frequency and severity of these accidents are unknown). Insurers also sell policies to large retail companies covering slip and fall-type claims and worker’s compensation claims, which no such business can avoid. There is no basis for insurers to argue that their industry does not pay such costs because they are ordinary costs of doing business.

The proper question is whether particular claims fall within the promises made by an insurer in the policy’s insuring agreement. Under standard-form insuring agreements in third party liability policies, insurers typically promise to pay all sums the policyholder is legally liable or legally obligated to pay from liability imposed upon the insured by law. These insuring agreements are broad and open-ended. They do not state that the policies only pay for legal liability that is out of the ordinary. In general, insurers may narrow the scope of their promises by including clear and unambiguous exclusions that place a policyholder on notice that its coverage has been limited. But standard-form third party liability policies do not expressly exclude “costs of doing business.”

With respect to RCRA, a specific question is whether it imposes a covered “legal liability” for historic property damage. Insurers argue that while CERCLA focuses on remediation of historic contamination, RCRA is forward-looking and focuses on how a plant must operate to ensure compliance with current environmental laws. This is incorrect. RCRA was amended in 1984 to add a backward-looking element requiring “corrective action” for all releases from solid waste management units regardless of when the waste was placed in such a unit. As a result, RCRA was transformed into a statute that, like CERCLA, requires cleanup of historic contamination, allowing regulators to enforce historic cleanup at current operating facilities.

While considerations of fairness do not dictate insurance coverage, insurers do not have the better of the fairness argument. The insurers’ position is that manufacturers should have known they would be required to incur “closure” costs. But our hypothetical refiner certainly could not have understood that it would be required to bear millions of dollars in “closure” costs under an environmental statute that did not even exist when the refinery commenced operations, decades earlier.

Finally, there is sparse legal precedent supporting insurers’ “ordinary cost of doing business” argument. Despite the hundreds (if not thousands) of decisions in the United States relating to coverage for environmental property damage from “pollution,” insurers will be hard pressed to identify any on-point support for their argument.

This is a spurious argument, and policyholders should marshal all wording, custom and practice, factual and legal bases to disprove it.