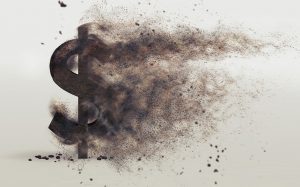 Imagine your organization has suffered significant property damage and interruption to your business as a result. The cause could be anything—a natural disaster, severe mechanical breakdown or a cyberattack. You notify your property insurance carrier and adjust the claim, submitting calculations of your losses based on the policy’s coverages and other terms. But in response, your carrier only agrees to pay a fraction of the losses, claiming that otherwise your organization would be better off than before the damage—“unjustly enriched”—and that insurance is not meant for gain, but only to put the insured in the position it would have been without the damage.

This may sound like a reasonable enough statement on its face, and courts have said that an insured can’t profit from insurance. But the way insurers apply this concept to actual claims can lead to insureds receiving less coverage than they’re entitled to. For example, insurers have claimed unjust enrichment when:

In these kinds of situations, in one sense the insureds could be considered “better off” after their full insurance claim was paid. On the other hand, the insureds did suffer losses, and their insurance policies covered them for those losses in accordance with the policy terms. To allow an insurer to have an offset not provided for in the policy would be to give the insurer a windfall.

In general, unjust enrichment is an equitable concept that usually does not apply when the parties have entered into a contract that governs the disputed issue. As a rule, property policies include terms detailing how an insured’s loss is to be calculated. Often, much of that calculation is hypothetical. The typical measure for business interruption losses, for instance, is the profit that the insured hypothetically would have made if the damage had not occurred. Actual cash value is the hypothetical cost of replacing the property minus depreciation. Even replacement cost may be calculated in the hypothetical, particularly where the insured is rebuilding differently or at another location from the original damaged property. In other words, the amount of losses calculated under the policies’ terms are presumed to be the insured’s actual losses.

Under those calculations, sometimes an insured ends up with more than it would have had if the damage had not occurred. The most common example is when an insured receives replacement cost coverage after a total loss to its property, since the new replacement property is usually more valuable than the property that the insured lost. But that is a policy benefit that the parties agreed to and the insured paid for.

Likewise, when a policy covers business interruption loss during a defined period, and the insured enjoys increased income after that period, the later increase in income should be irrelevant to coverage for losses during the period of interruption. Otherwise, there could be no end to determining how the damage impacted the insured’s business and whether the insurer could reduce losses based on future profit. Further, unless the policy provides otherwise, property damage losses typically are to be determined at the time of the damage. So, events occurring after the damage—such as sale of the property or additional depreciation—should not change the amount of coverage owed by the insurer to the insured for losses before the damage is repaired.

In short, there is no absolute rule against an insured ending up with greater value after an insurance claim than it would have had if the damage had never happened. When an insurance company claims unjust enrichment, it is often trying to pay less than what it agreed to under its own policy terms. In short, the insurer is trying to give itself a windfall. Examine such claims carefully, and consider seeking professional guidance from policyholder counsel to avoid receiving less than you’re owed under your policy.