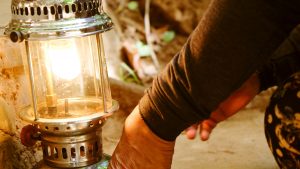 In Martin/Elias Properties, LLC v. Acuity, a Mutual Insurance Co., the plaintiff purchased an old home in a historic urban neighborhood to renovate and resell. The plaintiff hired Tony Gosney to “dig the existing basement deeper, pour new footers to stabilize the building, and pour a new concrete floor.” While renovating and expanding the basement, Gosney “failed to support the existing foundation adequately before digging around it.” This caused the old foundation to crack and the entire structure to sag. Structural engineers reported that the building was at risk of imminent collapse, resulting in extensive damage and substantial costs to remediate it. The insurer denied coverage for the loss, arguing that Gosney’s faulty workmanship “failed to qualify as an occurrence under the CGL Policy.”

Relying heavily on its previous decision in Cincinnati Insurance Co. v. Motorists Mut. Ins. Co., the Kentucky Supreme Court held that Gosney’s faulty workmanship was not an accident because “the actions taken by Gosney, which led to the property damage, were entirely under his control, and he fully intended to execute the plan as he did.” The court’s opinion turned on application of the fortuity doctrine. Specifically, the court held:

In determining whether an event constitutes an accident so as to afford the insured CGL policy coverage, courts must analyze this issue according to the doctrine of fortuity: 1) whether the insured intended the event to occur; and 2) whether the event was a “‘chance event’ beyond the control of the insured.”

In analyzing fortuity, the court stated that the “emphasis should not be whether the damage done is the type of damage that would be expected by the contractor, but rather whether the damage resulted from the actions purposefully taken by the contractor or those working under the contractor’s control.” Applying this standard, the court found that “Gosney had both intent and full control when conducting his work, which ultimately failed to support the existing structure.” Accordingly, the court held that the resulting damage from Gosney’s poor workmanship was not a fortuitous event and did not trigger coverage under the policy.

This decision is difficult to square with the Tenth Circuit’s opinion in Black & Veach or any other recent decision addressing the issue. If an insurer must only show that the contractor had control over his actions and intended to perform the work as he did to defeat coverage, it becomes difficult to envision a scenario in which a contractor’s faulty work that causes damage to other non-defective building components could ever be an “occurrence” under the policy.

Interestingly, the court identified a specific circumstance in which coverage would apply, stating that if the damage resulted from fire “caused by Gosney’s knocking over a kerosene lamp, it would clearly be an accident. Gosney would not intend to knock the lamp over and knocking it over by accident would be outside his control.” But even this factual circumstance is difficult to analyze under the court’s standard and nearly impossible to apply. As pointed out in Justice Samuel T. Wright III’s concurring opinion, under the majority’s analysis, “it is hard to see how an accident could ever occur.” Justice Wright stated:

I agree that the Majority’s example of knocking over the kerosene lamp would be an accident, but under the control analysis it puts forth, knocking over the lamp and burning the house down would not be an accident. In the lamp example, the contractor would have had control over choosing a flammable light source, the placement of the lamp, the manner in which he worked, and the movements which ultimately led to the lamp being knocked over. In my opinion, the majority goes too far today in making it significantly harder for injured parties to recover.

While Justice Wright came to the same ultimate conclusion as the majority, he did so by finding that coverage was triggered in the first instance and applying exclusions in the policy to preclude coverage. Parties may disagree with the application of these exclusions, but at least it allows for argument. In contrast, the majority opinion sets the bar for fortuity—and thus the bar for triggering coverage under the insuring agreement in the first place—absurdly high. The court held: “For an event to be fortuitous, and therefore an accident, it must be beyond the power of any human being to bring to pass, [or is] within the control of third persons.” When you place the majority’s knocked-over kerosene lamp up against this standard, you see the inherent contradiction in the majority decision.

The majority opinion also contradicts the history of broad form property damage coverage and the impact of changes to the CGL form in 1986. Commentators, policyholders and the insurance industry at large generally agree that while coverage for defective work may be precluded, CGL policies explicitly provide coverage for damage resulting from a contractor’s faulty work. The Kentucky Supreme Court’s opinion does not address or even acknowledge this standard interpretation. General contractors, subcontractors and any other construction professional performing work in Kentucky should be aware of this decision and carefully consider their insurance options to protect themselves from loss.