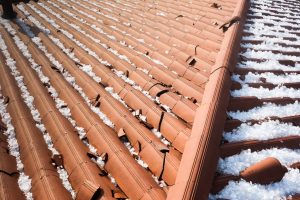 A recent case in the Fifth Circuit, Certain Underwriters at Lloyd’s of London v. Lowen Valley View, L.L.C., provides a valuable reminder to policyholders of the importance of promptly investigating any event that could cause damage, documenting that damage shortly after it occurs, and putting insurers on notice of the potential claim. Failure to do so could forfeit the insurance available for otherwise covered losses.

In 2014, an employee of a Hilton Garden Inn in Texas noticed that the shingles on the roof “looked bad” and called a contractor to investigate. The contractor discovered evidence of significant hail damage, and the owner/operator of the hotel notified its insurance agent of the damage. The agent filed a notice of loss with the property insurer, Lloyd’s, the same day, listing the date of loss as June 13, 2012—about a year and a half prior to the date of notice. The agent based the date of loss on a weather history report that listed nine separate hail events of varying severity between January 2006 and December 2014.

Lloyd’s then denied the claim and—the same day—filed a lawsuit seeking a declaratory judgment that it owed no coverage to the insured. After the lawsuit was filed, Lloyd’s engineering firm identified four different dates on which hail reports and weather radar data suggested there was hail at the location of the hotel. Only one of those four dates, June 13, 2012, fell within the relevant policy period, and the policyholder had no proof of when the damage actually occurred. The only evidence that it happened on June 13, 2012, was the engineering firm’s comment that the damage “most likely” occurred on that date, and the engineering firm stated that it never intended to suggest that June 13, 2012, was the known date of loss.

In Texas, as in most states, a policyholder bears the burden of establishing that its claim falls within the policy’s insuring provisions. The burden then shifts to the insurer to prove that the claim is not covered because of an exclusion or other coverage limitation. However, a policyholder cannot ignore that initial hurdle. Here, because the hail damage could have been caused by any of the four storms, three of which were outside the policy period, the policyholder had to present some evidence that would provide a reasonable basis on which to identify damages caused by the storm that occurred during the policy period. Because the evidence did not show which of the storms had damaged the hotel, the district court granted summary judgment in favor of Lloyd’s. The Fifth Circuit affirmed, agreeing that the policyholder failed to satisfy its initial burden of proof.

Even though the property insurance policy here may well have covered some or all of the damage, a lack of documentation prevented the policyholder from recovering those insurance proceeds. Let this be a reminder to document damages and promptly submit claims—or you too could be faced with a “hail” of losses for which you are stuck paying damages out of your own pocket.