Some of the biggest pitfalls for policyholders lie camouflaged among seemingly “standard” policy conditions—often overlooked during the procurement or renewal process. This is especially true of 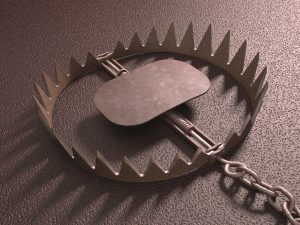 allocation clauses, found most commonly in Directors & Officers (D&O), Errors & Omissions (E&O), and Professional Liability (PL) policies. In our policyholder-side coverage practice, we are seeing insurers relying on these clauses more and more as an excuse to pay only a small fraction of the defense in mixed-claim cases, i.e., suits involving both clearly covered claims and claims that the insurer contends are not covered. We urge policyholders and brokers to review such clauses carefully and seek to modify them as necessary to ensure the complete defense to which the policyholder is entitled under the law.

Allocation clauses typically say that when the underlying claim includes (a) both covered and uncovered matters, or (b) both covered and uncovered parties, the insurer and the policyholder will agree on an allocation of any judgment or settlement. They were initially developed to respond to claims involving both director and officer (insured) and corporate entity (non-insured) defendants in the days before “Side C” coverage for the corporate policyholder was common. But as written they apply to mixed claims cases as well. The real problem comes up when the allocation clause also purports to require allocation of defense costs. That form of allocation clause is designed to alter the principles that would normally apply under common law and improperly shift the burden to the policyholder to prove that it is entitled to the full benefit of the policy’s defense coverage.

Under common law, the following rules generally apply to a duty to advance defense costs:

Some of today’s allocation clauses stand the common law rules on their head. To be fair, a number of policies that call for allocation of judgments and settlements still expressly require the insurer to advance 100% of defense expenses, and not all give the insurer the right to recoup. But some allocation clauses purport to call for allocation of defense costs up front, requiring the insurer and the policyholder to “use their best efforts” to determine a “fair and appropriate allocation” between covered and uncovered defense costs “based upon the relative legal and financial exposures of the parties.” Such clauses also typically provide that when the insurer and the policyholder cannot agree on an allocation, the insurer must advance only those defense expenses that it “believes to be covered” or “believes to be fair and equitable” until a different allocation is negotiated, arbitrated or judicially determined.

This last type of allocation clause is the basis on which we are seeing insurers agree to advance only very small percentages—less than 20% and often less than 10%—of defense costs even when they expressly acknowledge that the claim triggers a defense obligation under the policy. Often the insurers make no pretense of explaining how the proposed percentage reflects the “relative legal and financial exposures of the parties,” or take a simplistic view that their obligation is in proportion to the ratio of covered claims to non-covered claims. And if the policyholder refuses to agree to such a relatively low percentage (a result almost guaranteed by the insurer’s low opening proposal), the insurer need advance only a minimal amount of defense costs. Further, because many of these policies have relatively high retentions, a low allocation percentage may lead to the insurer never advancing any defense costs at all. Instead of the common law rule, where the insurer pays up front with the option under the policy to later seek recoupment for defense costs that it can show were related solely to non-covered claims, under this type of allocation clause, the policyholder pays up front, and then has the burden of going after the insurer and proving which costs are related to covered claims.

Although we seriously question the enforceability of these defense allocation clauses under many circumstances, the most prudent course is to try to modify the clause in the first place to expressly provide that the insurer will advance 100% of defense costs as long as any claim triggers the duty to pay defense expenses. Policyholders should work with their brokers and coverage counsel when purchasing and renewing policies to avoid being ambushed when a claim arises.