When an insurer pays a claim by its insured, it acquires a legal right to pursue a so-called “subrogation” claim against another party who may be responsible for the damage. But public policy dictates that an insurer, claiming subrogation for amounts paid to an insured under one policy, is barred from suing another on the same construction project whom it has also insured, even if under a separate insurance policy. Although this antisubrogation doctrine was first recognized some 25 years ago, it’s not often invoked. But this implied waiver of subrogation both prevents the insurer from passing the incidence of loss to its own insured, and protects against the potential for conflict of interest that may compromise the insurer’s incentive to properly defend its insureds. In other words, 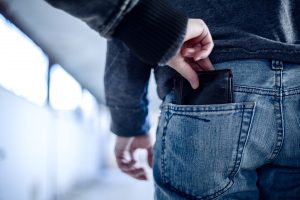 it prevents the insurer from “pass[ing] the incidence of loss, at least in part, from itself to its own insured and thus avoid[ing] the coverage which the insured purchased.”

In National Union Fire Ins. v. Engineering-Science, the insurance company issued a builder’s risk policy to a general contractor who built an underwater sewage pipeline. After the pipeline was damaged during severe storms, the insurer paid the contractor approximately $4 million on the claim. The insurance company then sought subrogation against the engineering company that had designed the pipeline, to whom the insurer had earlier issued a separate $1 million professional liability policy. In moving for summary judgment, the engineering company argued that, because it was also an insured of the insurance company (albeit under a different policy), subrogation was not available. The Ninth Circuit agreed, finding that the professional liability policy covered “the very liability” for which the general contractor’s builder’s risk policy was issued, and concluded that an insurer cannot seek subrogation for claims adjusted on behalf of an insured under one policy against a third party whom it has insured under a different policy for the same loss.

Although no court has since questioned the rationale of National Union, others have clarified that if the insurer does not cover an insured with regard to the particular project in question, subrogation remains available against that insured. For example, the court in Truck Ins. Exchange v. County of Los Angeles recognized that allowing an “insurer to recover from its insured for an insured loss or liability would undermine the insured’s coverage and would be inequitable.” It clarified, though, that this doctrine wouldn’t prevent an insurer from seeking subrogation just because it had issued any policy to a third party. The court explained that, “[i]f the policy does not cover the insured for a particular loss or liability, … it would neither undermine the insured’s coverage nor be inequitable to impose the loss or liability on the insured if the insured caused or was otherwise responsible for the loss or liability.” In those circumstances, the inequities of an insurer imposing responsibility on its insureds for the risk of losses or liabilities the insurer assumed simply don’t exist.

This is as it should be. While there are limited situations in which an insurance carrier might bring a subrogation claim against its own insured (such as where the insurer covers the insured for a liability different from the one upon which the insurance company would seek recovery), subrogation is not an available option in circumstances where the insurer agreed to assume on behalf of its insured responsibility for the loss incurred, even if the insurer did so under a policy entirely distinct from that under which it paid the subrogated claim.