Purchasers of D&O and professional liability insurance often are stunned when their carriers deny coverage on the theory that their policies do not cover liabilities characterized as “restitutionary,” i.e., where a judgment or settlement requires the insured to “disgorge” a sum of monies. Insurers contend such damages are “uninsurable.”  The surprise stems from the fact that some insurers attempt to stretch the argument that restitutionary payments are uninsurable to encompass claims for ordinary compensatory damages – such as breach of fiduciary duty claims or consumer class actions – arguing that these claims are asking the insureds to return “ill-gotten gains.”  While it is far too early to administer last rites to the “restitution/disgorgement defense,” recent rulings 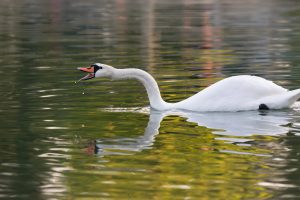 suggest that the courts have recognized that denying claims based on vague concepts of “insurability” creates too much uncertainty for policyholders and have found several ways to curtail this overreaching practice.

The restitution/disgorgement defense usually rests on standard policy language defining covered “Loss” as “damages, judgments, settlements” and the cost of defense, but excluding amounts that are uninsurable as a matter of law. Carriers argue that, although they define the scope of what is covered Loss using broad undefined terms — “damages,” “judgments” and “settlements” – “public policy” prohibits them from indemnifying an insured for payment of restitution or disgorgement of ill-gotten gains.  Insurers often assert this defense even when no case or statute declares such payments uninsurable. They may also argue that a policyholder that is ordered to return monies it obtained unlawfully has not suffered an insurable economic loss. This argument was articulated most forcefully in an opinion by Judge Richard Posner in Level 3 Communications, Inc. v. Federal Ins. Co.

But in one compelling opinion penned by Judge Paul Magnuson of the District of Minnesota, in U.S. Bank v. Indian Harbor Ins. Co., the court rejected insurers’ arguments under Delaware law that the defense precluded coverage under a professional liability policy for amounts the insured bank agreed to reimburse customers in a settlement over claims that the bank charged excessive overdraft fees. U.S. Bank settled a consumer class action for allegedly excessive overdraft fees charged to its customers’ accounts by agreeing to pay $55 million, and sought coverage for defense costs and damages.  The insurers disclaimed coverage based on the restitution defense.  Judge Magnuson focused on two key provisions of the professional liability policy: (1) the definition of “Loss,” which excluded “matters which are uninsurable under the law pursuant to which this Policy is construed,” and (2) the “ill-gotten gains” exclusion, which excluded claims resulting from “profit or remuneration gained by [U.S. Bank] or to which U.S. Bank is not legally entitled . . . as determined by a final adjudication in the underlying action.” (Both clauses, in one form or another, are found in current D&O and Professional Liability policies.) Finding that no Delaware authority declared restitution uninsurable, the court easily found that the “Uninsurable Provision,” as the court dubbed it, did not bar coverage.

Based on the same rationale, the court also rejected the secondary basis of the restitution defense – that payment of restitution or disgorgement is not covered because the insured has not incurred any economic loss when it returns something that was not its property. The court held that Level 3 Communications and its progeny are

distinguishable because they involved policies without a specific provision requiring ‘final adjudication’ . . . The parties knew about the Level 3 decision when they executed the policies and still decided to cover a settlement constituting restitution absent a final adjudication. Without governing Delaware law or controlling policy language requiring otherwise, the parties’ agreement must be enforced.

The takeaway here is that U.S. Bank and other recent cases (See J.P.Morgan v. Vigilant Insur. Co., discussed here) reflect courts’ reluctance to thwart coverage for restitution based on an unstated exclusion or vague “public policy” when a policy contains an express exclusion that addresses “ill-gotten gains.” Likewise, it appears that, at least for now, Delaware law does not hold that restitution or disgorgement damages are uninsurable.  (The insurer’s appeal to the Eighth Circuit was dismissed in June 2016, as the case has been settled.)

The U.S. Bank decision makes sense. Carriers desiring to exclude coverage bear the burden of proving an exclusion; and where the insurance policy already incorporates an exclusion shielding insurers from liability for an insured’s illegal activities or for the benefits reaped by the insured’s illegal activities, courts have held that they should do no more than respect the contractually negotiated provisions. Indeed, these courts recognize there is a countervailing public policy in favor of enforcing contracts lawfully negotiated – including contracts that may insure restitutionary damages. Cohen v. Lovitt & Touché (finding that the public policy upholding the freedom to contract, combined with the absence of legislation or judicial decisions prohibiting coverage for restitutionary payments, rendered such coverage enforceable under Arizona law).

Insurers talk a lot about “contract certainty” – eliminating the vagaries inherent in insurance policies by ensuring that the parties’ expectations are clearly expressed. D&O policies are among the most carefully drafted policies on the market, yet carriers continue to deny claims based on phantom exclusions and undefined concepts of “insurability.” U.S. Bank, like other recent rulings, suggests that courts are catching on to this flim-flammery, properly elevating the explicit terms of an insurance contract over undefined terms and ephemeral notions of public policy.

Policyholders are well advised to take full advantage of these trends by clarifying that the “uninsurable” provision in the definition of “Loss” is to be construed according to the state law where the insured is incorporated, domiciled or has corporate headquarters, the place of contracting or other applicable jurisdiction, whichever most favors coverage. Likewise, in light of U.S. Bank’s holding that the “uninsurable” provision must be construed in conjunction with the “final adjudication” clause of the personal conduct exclusion, policies should expressly state that insurers will not assert the uninsurability of conduct except to the extent expressly precluded under the conduct exclusions, including establishing excluded conduct by “final adjudication.”