Many policyholders assume that if an insurer pays to defend a claim against them, the policyholder will never be asked to pay those costs back. And most often they’re right. But sometimes the insurer may demand that the policyholder pay back some or all of the defense costs. Such insurers treat the contractual duty to defend or to indemnify the insured for defense costs as little more than a lending facility. 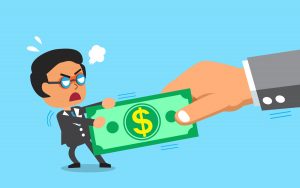 Most of the time, such insurer demands are unjustified. But companies should understand when and under what circumstances insurers might seek reimbursement or recoupment of defense costs so they can avoid agreeing to do so unnecessarily or at least plan in advance financially.

Circumstances where insurers may try to recoup defense costs include: (i) when an insured is found to have gained improper or illegal profit, committed deliberate fraud, or willfully violated the law, and (ii) when the action against the insured included both covered and uncovered claims.

The first situation typically comes up in the D&O context. D&O policies usually exclude coverage for claims arising out of “the gaining of any profit or advantage or improper or illegal remuneration” or “any deliberate fraudulent act or any willful violation of law.” In most (but not all) D&O policies, however, these exclusions only apply if there is a final judgment or other adjudication against the insured on one of these issues. So an insurer may defend the insured until such a final adjudication, and then seek the defense costs back on the basis that the claim is excluded. (Read your D&O coverage carefully to make sure it’s written this way—some aren’t!)

The second situation can involve any kind of liability insurance policy with a duty to defend. Most states require insurers to provide a full defense for any potentially covered action—even if the action also includes claims that are not covered. These are sometimes called “mixed” claims. An insurer may defend the entire “mixed” claim and then seek reimbursement from the policyholder for the costs of defending the “uncovered” claims when the defense ends.

So what should a policyholder do about this? One thing companies should do is something they should always do—read and understand the terms of their insurance policies. Some insurance policies, particularly D&O policies, explicitly provide that the insured must repay the insurer in the event the insured is not entitled to payments made. When purchasing an insurance policy, companies should consider whether the policy has a repayment provision and, if so, whether it is commercially reasonable to either negotiate that provision out of the policy or purchase another policy that doesn’t require repayment.

Another thing companies should do is pay careful attention to any reservation of rights letters from their insurers. Insurers may “reserve the right” to repayment of defense costs in a reservation of rights letter. Some states have held that an insurer may have the right to recoup defense costs if it reserves that right at the outset, even if the policy does not have an express repayment provision. One rationalization is that the insured accepted the defense subject to the insurer’s right to seek repayment. Other states do not allow an insurer to seek recoupment unless such a right is included in the policy. If a company’s insurer reserves a right to recoup defense costs, the company should consider disputing that reservation.

Further, any right of reimbursement might be avoided if the specific defense effort applied equally to a covered and uncovered claim. For example, a court hearing or deposition might be required in a given lawsuit regardless of whether that lawsuit included an arguably uncovered claim. Careful attention to the policy terms and reservation letters can help policyholders minimize or avoid the risk of being required to repay defense payments. Make sure your policy pays benefits—not just loans.