In The Odyssey, Homer describes Orion as a giant hunter armed with bronze club. As the legend goes, Orion was killed—either by the sting of a great scorpion or by the bow of Artemis—and was placed among the stars, creating the well-known constellation. 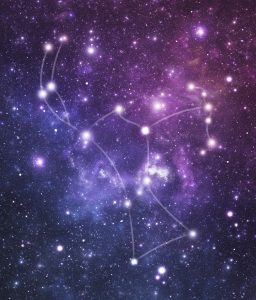 Orion Insurance Company is now set to join its mythic namesake as an artifact of history, though without the long-lasting twinkle. Barring one important, if remote, opt-out scenario, Orion and its sister company, the London and Overseas Insurance Company Limited (collectively OIC), are expected to dim and fade away over the next few years.

As of January 14, 2016, OIC became subject to an Amending Scheme of Arrangement at its own request. After an affirmative vote of creditors and a hearing, the Amending Scheme was sanctioned on October 28, 2015, by the High Court of Justice of England and Wales under Part 26 of the Companies Act of 2006 of the United Kingdom. On January 11, 2016, the Amending Scheme was recognized by the U.S. Bankruptcy Court for the Southern District of New York under the U.S. Bankruptcy Code, and a permanent injunction was issued preventing any scheme creditor from taking in the United States any action in contravention of the Amending Scheme and the jurisdiction of the English High Court of Justice. The effect of all of the foregoing is “crystallization” of a 23-year “run-off” scheme.

According to OIC, the Amending Scheme will reduce run-off costs, make earlier payouts, and increase payments to authorized creditors.

The practical result of the Amending Scheme is to impose an OIC bar date effective midnight BST September 12, 2016, after which—barring certain contingencies—no further claims will be eligible for payment by these insurers.

This has very real ramifications if you are an OIC policyholder with current or future potential long-tail claims covered by occurrence-based London policies that include Orion or London and Overseas as subscribers. For most policyholder-creditors, it is now imperative to understand the value of this insurance asset. Think: Use it or lose it. To make a claim, you must visit OIC Run-off’s website and present the claim before September 12, 2016. This means unearthing the old policies (or asking OIC to identify any it is aware of) and then deciding whether there is a claim worth presenting. If you have known exposures, it is fairly clear you should make a claim; it is less clear if you have uncertain future exposures.

Once the run-off agent (Armour Risk Management) and the Scheme Administrators (PricewaterhouseCoopers) “agree” a claim, the creditor is entitled to 58% of the agreed claim value. To reach an agreed claim value, a policyholder-creditor needs to present its claim, OIC needs to review it, and the parties need to reach an agreement, usually through negotiation. OIC has published Estimation Guidelines to try and explain the Scheme Administrators’ approach in valuing claims, particularly regarding incurred but not reported (IBNR) liabilities. The Guidelines specifically address valuation of asbestos and pollution claims. OIC currently estimates that when the Amending Scheme finally closes its doors, a final payment or “top up” of an additional 20% of the agreed claim value will be paid. December 2018 is the current estimated date for the final top up.

But there is an important wrinkle that could unravel the Amending Scheme entirely: Certain policies subscribed by OIC include so-called ILU guarantees. The ILU is short for the Institute of London Underwriters. Where an OIC policy has an ILU stamp, the policy is financially backed by Nationale-Nederlanden Overseas Finance and Investment Company. ILU-guaranteed policies are paid at 100% of the agreed claim value. OIC calls these liabilities “qualifying” liabilities. Under the Amending Scheme, policyholders with qualifying liabilities may either (1) settle their claims and be paid a premium or (2) opt-out of the Amending Scheme. The premium option has two components, a ten percent increase in agreed claim value plus an unwinding of the present value discount ordinarily applied to long-tail claims. Opt-out policyholder-creditors with qualifying claims will be paid as if the Amending Scheme had never been sanctioned. (Needless to say, they do not get any premium.) The rub is that if more than 30% by value of qualifying creditors opt out, the whole Amending Scheme collapses and the scheme reverts to run-off—for all.

So, if you are a an OIC policyholder with OIC policies that have ILU guarantees and you have no current liabilities or you believe your long-tail liabilities are being unfairly valued by the Scheme Administrator, you have a different reason to visit the OIC website—to opt out. Although the OIC Scheme Administrators do not believe that 30% of qualified creditors will opt out, this is the “contingency” noted above. So there is at least a small chance that OIC may not flicker out for many more years to come.