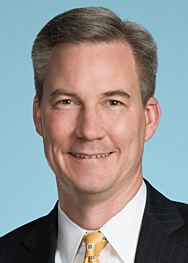 Recently, we wrote about the breadth of the “duty to defend,” and its importance to policyholders.  As if on cue, late last week the Ninth Circuit Court of Appeals confirmed in Ash Grove Cement Company v. Liberty Mutual Insurance Company that, under Oregon law, an insurer’s duty to defend begins with an information request from the Environmental Protection Agency, and continues for the duration of the regulatory process. 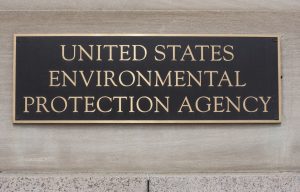 The particular information request at issue in Ash Grove Cement is known as a “104(e) letter,” which is issued by the EPA under section 104(e) of the Comprehensive Environmental Response, Compensation and Liability Act of 1980 (CERCLA). As companies that have owned or operated a contaminated site know from experience, a 104(e) letter or a similar request under state environmental law typically is the first step in a regulatory enforcement process under which they face strict and retroactive liability for the costs of investigating and cleaning up the site. The ruling in Ash Grove Cement means that defense cost coverage begins at this critical juncture and continues until site investigation and cleanup is completed.

By way of background, under primary CGL policies, the insurer typically agrees to defend any “suit” against the insured seeking damages potentially covered by the policy. The insurers in Ash Grove Cement argued that a 104(e) letter is not a “suit,” but is merely a stand-alone information request that is satisfied once the insured complies by providing a response. The Ninth Circuit rejected this argument, finding that a 104(e) letter is “an attempt to gain an end through legal process,” and “is therefore a ‘suit’ under Oregon law.” Further, the Ninth Circuit held that the duty continues as to each site “until the Record of Decision for that [site] is filed,” meaning, for all intents and purposes, when site cleanup is complete.

Ash Grove Cement is the logical extension of a rule many courts have adopted. The vast majority of states have found that a PRP letter is a “suit.” A PRP letter is the formal notification from EPA or a state environmental regulatory agency identifying the insured as a “potentially responsible party” at a site. Ash Grove Cement goes a step further, holding that the information request that often precedes the PRP letter also is a “suit.” Both of these rulings are supported by a rationale that is consonant with the broad scope of the duty to defend. When the EPA issues a 104(e) letter or a PRP letter, the recipient is subjected to the EPA’s authority under CERCLA, which empowers the EPA to command the party to investigate and remediate a contaminated site. If the company complies, it exercises greater control over how a site is investigated and cleaned up, subject to oversight by the EPA. In contrast, if the company does not comply, the EPA can conduct the investigation and remediation itself and sue the company to recover the costs. The threat of liability for a more expensive cleanup that the company cannot control encourages cooperation with the EPA and the prompt remediation of contaminated sites. But whether or not the EPA ultimately files a lawsuit, 104(e) letters and other preliminary agency actions subject the insured to actual liability. An interpretation of “suit” to mean only a formal lawsuit would ignore the legal compulsion inherent in a 104(e) letter and have the perverse effect of penalizing policyholders who cooperate with the EPA in addressing their environmental sites. For these reasons, the vast majority of courts have rejected the insurers’ “literal meaning” approach.

While Ash Grove Cement is limited to Oregon law, it is persuasive authority for courts in other states that have not yet decided this issue. Accordingly, for policyholders facing potential liability for contaminated sites in other states, Ash Grove Cement holds promise for recovering defense costs beginning with the receipt of a 104(e) letter or similar request from a state agency. To preserve the ability to recover these costs, it is critical that policyholders notify their historical liability insurers as soon as possible after receiving a 104(e) letter. Failure to do so may provide the insurers with an argument that notice was untimely, or that so-called “pre-tender” defense costs are not covered.