Spring is upon us, which means the return of baseball. It seems only fitting that with a new season of America’s pastime just underway, we discuss another area where the performance in the lead-off position can be vital: leading off the claims process by providing notice to your insurer. 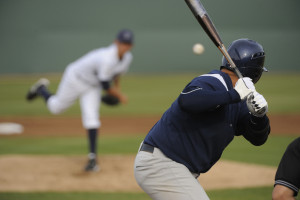 Say your company’s just been sued, received a demand letter, suffered massive property damage, or incurred some other type of substantial loss. If your routine practice in these high-stress situations is to consider potentially applicable insurance, you’re ahead of the curve and should pat yourself on the back. Because too often, even if understandably, insurance is an afterthought to companies in the midst of a crisis. Unfortunately, in such situations, when a company does get around to making an insurance claim, the insurer commonly denies coverage on the basis of late notice.

A good rule of thumb is to provide notice as soon as possible to any insurer whose policy may apply. That said, policyholders should not simply pitch notice letters to their insurers as a knee-jerk reaction. Carefully consider whether, how and to whom notice should be provided. There are far too many considerations to cover in one blog post, and, of course, those considerations will be heavily influenced by the circumstances surrounding the particular policyholder and loss. But here are five key considerations—in no particular order—that a policyholder should take into account when deciding whether to provide notice:

The claims process is a nine-inning sport with a lot of curveballs and off-speed pitches along the way. These are just a few important considerations when you step up to the plate; there are many others. It’s advisable to consult coverage counsel at the outset to help navigate notice issues and the rest of the claims process. You may keep an insurer from balking.