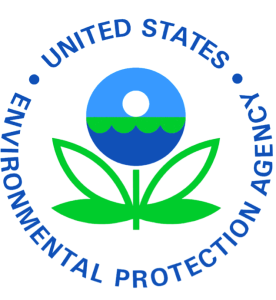 Exxon’s predecessors owned and operated large refineries located in Baytown, Texas and Baton Rouge, Louisiana (which are being operated by Exxon today), and they entered into extensive (and profitable) war production contracts with the United States Government to produce large quantities of high-octane aviation gas and synthetic rubber at these plants. These operations also generated large quantities of hazardous waste which were disposed of in the Houston Ship Channel and the Mississippi River, which was the practice during World War II and the Korean War. Exxon has entered into administrative settlements with the States of Texas and Louisiana, and has spent, to date, $71 million to clean up and remediate this waste disposal. In 2010, Exxon sued the United States in federal court under Comprehensive Environmental Response, Compensation, and Liability Act, 42 U.S.C. § 9601, et seq. (CERCLA), arguing that the government should also be held accountable as a “covered person” under the law.

The District Court ruled, in what it describes as “Phase I” of this litigation, that Exxon was unable to establish that the Government was an “operator” of the refineries; it exerted substantial control based on its contracts, but did not direct or participate in waste disposal decisions at the refineries. However, both Exxon and Mobil jointly operated the synthetic rubber and co-located chemical plants; the United States conceded as much. Exxon cannot maintain a CERCLA Section 107 cost recovery action against the United States, but it can pursue a Section 113 contribution claim against the government. The District Court rejected the Government’s defense that Exxon’s lawsuit should be dismissed for being in violation of the appropriate CERCLA statute of limitations. The fact that Exxon entered into administrative settlements with the States of Texas and Louisiana did not trigger the statute of limitations. The District Court also entered a declaratory judgment that the United States is liable for its share of the past and future costs associated with the waste disposal operations of the synthetic rubber plants.

Phase II of this litigation will determine the scope of each party’s share of the cleanup costs.