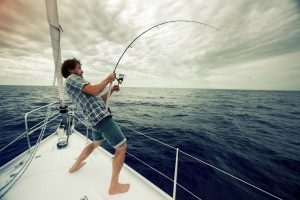 The insurer argued that it did not owe a duty to defend the policyholder under a professional liability policy because all the allegations in the underlying suit were excluded from coverage as “deceptive business practices.” However, the Ninth Circuit affirmed a lower court ruling that the insurer had a duty to defend because of the possibility that the underlying claims would be covered. It found that the causes of action for breach of fiduciary duty and constructive fraud had the potential to be covered because such claims would not necessarily “arise out of … deceptive business practices.” The Ninth Circuit found it possible that, in the underlying class action, the policyholder would be found to have breached its fiduciary duties or engaged in constructive fraud without having acted fraudulently or deceptively, because the policyholder’s failure to disclose its interest in the sale of natural-hazard disclosure reports was an omission. Therefore, the insurer had not met its burden of demonstrating that it would be impossible for any of the claims to fall within coverage and could not evade its duty to defend the policyholder. Moreover, under California law, an insurer must provide a defense for the entire action when it alleges both potentially covered claims and excluded claims. The insurer may not provide a partial defense only for potentially covered claims and not for the excluded claims. For these reasons, the insurer was on the hook to provide a defense for the entire underlying class action suit.

The Zagaris opinion serves as an important reminder that under a third-party liability insurance policy, insurers owe a broad duty to defend a policyholder against claims even if at first blush they appear to involve excluded conduct. As long as at least one claim against the policyholder can potentially fall within coverage, the insurer is on the hook for the entire defense. While insurers often try to wriggle free, even when there is coverage, it is up to policyholders and courts to hold them accountable to the policy language and to keep them on the hook for a complete defense.