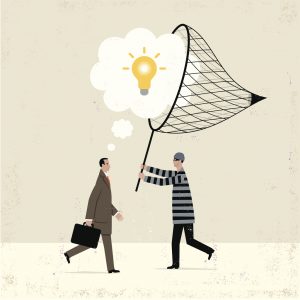 The world of patent defense insurance is evolving. What once was governed by a routine part of the “advertising liability” section of the Commercial General Liability policy is now the focus of specialized insurance products, the contours of which are still being defined.

CGL policies are standardized forms developed by the Insurance Service Office, an insurance industry organization that, among other tasks, drafts basic insurance forms. These formerly “comprehensive” ISO form CGL policies have been narrowed over time, as the insurance industry has chopped away at the expansive nature of “general liability” coverage. Initially, unfair competition, patent infringement, copyright infringement, infringement of trade marks or names, and even “piracy” were listed “offenses” insured under Section B of the ISO form CGL policies as “Advertising and Personal Injury.” This Section initially was available only as a “Broad Form Endorsement” added to CGL policies when specifically purchased. But when Section B coverages later became incorporated into CGL forms, policyholders increasingly sought to apply these coverages to a broad spectrum of business torts, including unfair competition and infringement claims that include patent infringement.

Courts initially applied the CGL policies as written and upheld coverage, but the insurance industry fought back. Over time, insurers narrowed their policies by aggressively litigating claims, securing judicial interpretations that Section B coverage applied only to patent infringements occurring in the course of advertising. Then the insurance industry successfully argued that the term “advertising” was limited to mean only wide-spread distribution of advertisements. Finally, ISO revised the CGL forms to actually define “advertising” in a narrow fashion—while also eliminating “unfair competition,” “piracy” and “patent infringement” as listed offenses.

During this same period, patent infringement litigation was on the rise, as new technologies were developed and patents became increasingly valuable commodities. Ever mindful of new marketing opportunities, the insurance industry has begun writing new policies that expressly include patent infringement defense coverage, usually as a part of an intellectual property rights policy. As these are new and evolving forms, they are eminently negotiable—and of course, expensive—but they can provide a level of patent risk transfer not previously available. A typical form might include three parts:

The forms might include both liability and first-party insurance coverage. Unlike standard liability or first-party coverages, the underwriters for these new policies tend to be more flexible and amenable to negotiation. (Meanwhile, the insureds who are seeking these kinds of insurance are generally cautious and sophisticated insureds whose own patent lawyers have vetted the relevant patents for validity and to ensure the that infringement claims will not be well taken.) So terms may differ, but the new policies are generally patterned as “Claims Made and Reported” forms, similar to directors and officers policies, with defense costs eroding limits, and they include large deductibles that are sometimes combined with co-insurance provisions (adding more layers of self-insurance). The insurers typically retain control over the potential lawsuits they might defend by requiring advance consent to defense and settlement, and insurers are likely to insist on participating in defense strategies, as well.

As these are unique and developing policy forms, any business considering such coverage is well advised to seek insurance advisory counsel to assist in the process and to make certain these forms are properly adapted to the particular risks faced by the insured. The negotiation process involved in purchasing these policies may allow the insureds to speak directly with the underwriter, which can offer further insight into the underwriting process and allow additional opportunities to shape coverage toward an insured’s specific needs. Also, thoughtful negotiation of the language to be included in these policies allows for a more collaborative approach to risk transfer—which is, after all, the purpose of purchasing insurance.