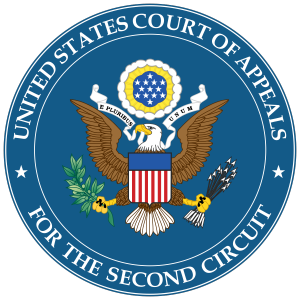 When adding new or additional layers to an insurance program, policyholders are often asked to sign a “warranty letter” providing comfort to the prospective insurer that the policyholder is not aware of impending claims. Typical warranty letters include both subjective and objective representations, indicating that the policyholder has both no actual (or subjective) knowledge of any impending claims and no reasonable (or objective) expectation that such a claim will arise. If a claim later arises, these warranties may provide a basis for full rescission of a policy or create an exclusion for claims that the policyholder knew or should have known would be filed. And when a warranty is poorly worded or overly broad, it may give rise to a morass of coverage litigation.

A perfect example of this peril can be seen in the recent decision by the U.S. Court of Appeals for the Second Circuit in Patriarch Partners v. Arch Insurance Company. In a non-precedential order, the court affirmed a grant of summary judgment in favor of Axis Insurance Company, holding that a warranty executed by the insured’s CEO precluded coverage for defense costs incurred in defending an SEC investigation. When adding Axis as a third excess D&O carrier, Patriarch signed a subjective/objective warranty stating that neither its CEO or any other director or officer was “aware of any facts or circumstances that would reasonably be expected to result in a Claim under the [new policy].” The warranty letter created an exclusion for “Claims relating to facts or circumstances that, as of the date of this letter, Patriarch was aware of and would reasonably have expected to result in a Claim covered by the [policy.]”

When Patriarch executed the warranty in August 2011, the SEC was conducting what it termed an “informal investigation” into the company:

The SEC investigation continued, with defense costs eroding the layers of coverage, including the Axis layer. Axis ultimately denied coverage, relying in part upon Patriarch’s failure to disclose the informal investigation in the warranty letter.

The district court granted summary judgment to Axis on the basis of the pending and prior litigation exclusion, and Patriarch appealed. The Second Circuit panel did not address the pending and prior litigation exclusion, and instead focused on the warranty, finding that the warranty provided an independent basis for affirming the order granting summary judgment to Axis. The Second Circuit employed a two-part test to analyze the effect of the warranty letter, asking whether: (1) the pending SEC investigation constituted “facts and circumstances” of which Patriarch was aware at the time of the warranty, and (2) Patriarch would “reasonably have expected [those facts and circumstances] to result in a Claim as defined by the [primary] Policy.” The court gave short shrift to Patriarch’s argument that the test is whether the claim would be large enough to reach the Axis attachment point, noting that the exclusion applies just by the fact that the claims would be “covered by” the primary policy.

Critical to the court’s decision was its determination that Patriarch was in fact aware of the SEC’s internal order to escalate the investigation and, therefore, the investigation’s potential to morph into an actual claim. Patriarch submitted a sworn statement by its CEO indicating that she was not aware of the SEC’s internal order, arguing that this created a disputed issue of fact that must be decided by a jury. However, the panel concluded that, because Patriarch’s outside counsel was aware of the SEC’s internal order, “based on traditional principles of agency” his knowledge would be imputed to his client for purposes of analyzing the warranty. Having equated outside counsel’s knowledge with actual knowledge by Patriarch, the court then took a further logical leap, concluding that the pending investigation constituted facts and circumstances that could reasonably be expected to give rise to a claim. The only explanation for this ultimate finding on a disputed issue of fact was that Patriarch purportedly conceded in its briefing that the SEC’s contacts with two former employees “were an indication that a Claim might be asserted against Patriarch in the future.”

As insurance coverage case law goes, this opinion is regrettably shallow and fundamentally wrong. When, as here, the warranty requires actual knowledge, and the signatory to the warranty submits a sworn statement in court that she lacked knowledge of the “facts and circumstances” that the carrier contends were contrary to the warranty, that plainly creates a material factual dispute that should be resolved by a jury.

More troubling, though, is the court’s failure to analyze whether it was reasonable to conclude that the SEC’s investigation would give rise to a “Claim,” as opposed to merely remaining a pre-claim investigation. In Patriarch’s case, a claim was not brought by the SEC until three years after it issued the initial inquiry. The Second Circuit’s decision does not explain how the company should have been aware that a claim was reasonably likely when even the SEC took years to decide. Moreover, if counsel had advised the company that the SEC had not identified any wrongdoing and that the investigation would likely lead nowhere, why would the company have any reasonable belief that a claim was likely? Most policies today offer some form of pre-claim inquiry coverage for defense of matters such as an SEC investigation, but such policies are careful not to designate these matters as a “Claim.”

The Second Circuit’s ruling is a stark reminder of the fraught nature of warranty letters. It is good practice to poll the relevant executives and to obtain backup support for any warranty statement about potential claims. It is also advisable practice to limit the warranty to subjective knowledge. As shown in Patriarch Partners, however, even a subjective statement may be circumvented by a court unhappy with the factual record. Without doubt, the best practice is to consult with counsel, under the protection of the attorney-client privilege, about the wording and execution of a warranty letter.