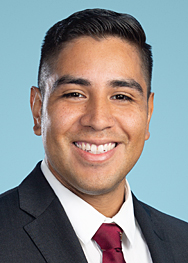 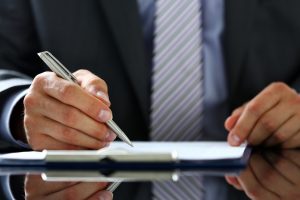 Although it has become common for corporate directors and officers to face claims seeking to hold them personally liable for alleged damages resulting from actions taken in their official capacity, it wasn’t always this way. There was a time when such lawsuits were so rare that corporations were not even allowed to indemnify their directors and officers. But with the emergence and rapid growth of lawsuits against officers and directors—often fueled by a cottage industry of class action plaintiffs’ firms—corporate indemnification and Directors & Officers (D&O) liability insurance programs have become integral to a company’s ability to attract and retain strong management.

The Public Form
The standard public D&O form contains three insuring agreements: Side A; Side B; and Side C. Side A covers the directors and officers against claims for which the company cannot or will not indemnify them (e.g., because company bylaws or state or federal law prohibit it, or because the company is insolvent). Side B reimburses the company for amounts it incurs to defend and indemnify the directors and officers. Side C, or “entity coverage,” covers the company’s liability when a securities claim is brought against it.

Cost and Liability Limits
Premiums for private forms are generally cheaper, and they also tend to have lower retentions. Public company coverage is more expensive because public companies generally face more liability exposure because they are public.

The private form’s relative affordability comes with a significant tradeoff, however; public forms generally provide much higher liability limits. Private companies going public should be aware that, after a public offering, their directors and officers will be much more exposed to claims. This increase in claims presents a financial vulnerability. With more claims, a company is more likely to exhaust the lower limits provided under a private D&O insurance form.

Claims Covered
In addition to their greater affordability, private forms provide broader coverage. Like the public form, the private form includes Side A, Side B and Side C coverage. But unlike a public form’s entity coverage under Side C, which typically only covers securities claims, a private form’s Side C may cover many other types of claims, such as antitrust claims, employment-related claims, and claims brought by consumers, subject to potential exclusions. (Illustrative exclusions include claims brought under the WARN Act, COBRA and OSHA, and payments under any workers’ compensation, disability, unemployment, retirement, social security or similar law.)

However, because private forms do not cover the securities exposure associated with publicly traded companies, they still can be offered at lower premiums. Indeed, private forms typically contain some variation of securities claims exclusion.

The public form, on the other hand, typically only requires the insurance company to reimburse the policyholder for legal defense expenses. In some respects, the public form can thus provide a company with somewhat greater control and flexibility by allowing it to select the defense counsel (although often from a list of “panel counsel” and at rates that are both pre-approved by the insurer). But this greater control comes with its own set of potential challenges. The insurance company may dispute the defense counsel’s legal fees if the insurer deems them too expensive, leaving the policyholder to fund the difference.

Conclusion
Companies should, unfortunately, expect more lawsuits after going public—including new types of suits, such as securities claims—and expect subpoenas and government investigations. But the good news is that public D&O forms generally are tailored to these risks. And while coverage under a private D&O form might seem more appealing—given its cheaper premiums, broader coverage, and the insurer’s duty to defend—the higher liability limits available under most public forms is ultimately critical, so companies can bear the brunt of more lawsuits, subpoenas and government investigations. Such coverage also provides protection against the new risk of securities litigation that public companies face. For a company going public, the bigger insurance bills, narrower insurance coverage protections and greater freedom to select defense counsel—for better or worse—are necessary parts of growing up.