Barely removed from the Super Bowl, football fans have begun their long hibernation in anticipation of next season. But the Patriots’ incredible comeback reminds me that it coincided with the tenth anniversary of one of the great NFL coach rants, courtesy of the late Dennis Green of the Arizona Cardinals. Coach Green was interviewed after his team blew a 20-0 halftime lead to my beloved Chicago Bears. Using some other choice words, Green said about the comeback kids: “the Bears are who we thought they were!” 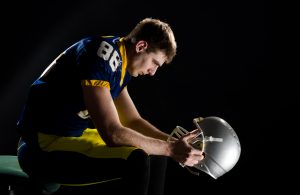 So what does this have to do with insurance? Well, unlike Coach Green, not all policyholders can say that their insurance policies are exactly what they thought they were. A recent Fifth Circuit case, Richard v. Dolphin Drilling Ltd., is such a case. There, the policy exclusions were so broadly construed that 99 percent of the insured’s operations were excluded from coverage.

The insured in the case, Offshore Energy Services (OES), provides services to the offshore oil industry, including running casing and tubing. An OES employee was injured while working in a casing crew aboard a drillship. According to the employee, a joint of casing that was being lifted fell from its lifting attachment, crushing him against the drill floor.

An excess insurer on OES’s marine insurance program denied coverage, citing an exclusion in the OES policy that excluded coverage for “any liability or expense arising out of the ownership, use or operation of drilling rigs, drilling barges, drilling tenders, platforms, flow lines, gathering stations and/or pipelines, but this exclusion shall not apply to craft serving the foregoing such as crew, supply or utility boats, tenders, barges or tugs.” With little analysis, the Fifth Circuit adopted the District Court’s interpretation that the term “drilling rig … ‘clearly encompasses’ drillships” under the plain meaning of the policy exclusion. Therefore, the employee’s injury was not covered under the excess policy.

The court rejected the insured’s argument that such a broad interpretation of the exclusion would render the policy meaningless, violating OES’s reasonable expectations of coverage, since 99 percent of its business involved servicing the offshore oil industry. The court responded that it was unclear from the evidence that a high percentage of OES’s business involved the “ownership, use or operation of drilling rigs.” The court added that under an exception to the exclusion, accidents occurring on “craft serving” the drilling rigs would be covered. Finally, the court noted that the parties were free to change the scope of the exclusion by negotiating different contract terms. This was, of course, not a particularly helpful suggestion for OES after the fact.

The Fifth Circuit missed the coverage. It is a canon of insurance policy construction that a policy should not be construed to provide virtually none of the coverage that is relevant to a policyholder’s business. And exclusions should be construed narrowly to maximize coverage. In Richard, the court simply missed the mark.

Your insurance policies should be like the Chicago Bears (circa 2006, a Super Bowl team): they should actually cover what you thought they would. But, like the Bears of 2016 (a woeful 3-13 team), they sometimes fail to live up to expectations.

What can a policyholder do to train up its coverage? Know what to expect from the other team. Review your insurance policies like an insurer facing a claim. This tactic can help you catch and tackle exclusions that could broadly cover most or all of your business before the big game.