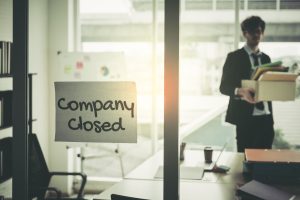 In 2020 and 2021, Special Purpose Acquisition Companies (SPACs) were all the rage. A SPAC is a “blank check company,” publicly traded, and organized for the purpose of merging with a private company. It’s a mechanism for a private operating company to go public without doing its own IPO. Though SPACs have existed for decades, their use skyrocketed in the last couple years. While insurers, brokers and attorneys have developed a level of expertise on risks and insurance coverage in connection with SPAC formation and completed de-SPAC transactions, the insurance implications of failed SPACs was not addressed in 2020 and 2021 and is still not fully understood or appreciated.

With the rise of SPACs came a corresponding tailored D&O insurance market. SPACs are created with a mandate to complete a merger within two years, so SPAC D&O policies were developed with a similar two-year policy period. Because the intent was that the company would cease to exist in two years or sooner, SPAC D&O policies were designed to provide continuing tail coverage with pre-priced premiums for one-, three- and six-year runoff periods. This runoff coverage extends a policy to cover claims brought during the runoff period so long as the claims allege a wrongful act prior to the date of merger.

As the two-year merger periods for SPACs created in 2020 began to expire in 2022, SPACs that did not complete a merger had a decision to make: (1) seek shareholder approval to extend the life of the SPAC to allow for a merger, or (2) liquidate. A component of the U.S. government’s increased scrutiny of SPACs reshaped that decision, when the Inflation Reduction Act imposed a 1% excise tax on stock repurchases by public companies done after December 31, 2022. This means that, for any SPAC that merges with a target company or liquidates, any purchases of its stock back from shareholders (called redemptions) would be subject to the new tax. In the event of a SPAC liquidation, 100% of the stock is redeemed and, therefore, subject to the tax. Alternatively, after a merger deal the rate of stock redemptions by original SPAC shareholders is over 90%, as those shareholders often opt to recoup their investment instead of taking the risk of the new company’s stock price fortunes. This high rate of redemptions means the SPAC also would face significant tax liability after a merger.

SPACs that opt to liquidate will have to consider a number of issues regarding what to do with their D&O insurance policies upon liquidation:

Should you purchase runoff coverage?
After a SPAC liquidates and purchases all its shares back from investors, no shareholders remain who could bring merger objection or breach-of-duty suits against the officers and directors, so one might think there is no risk worth insuring. Moreover, SPAC D&O policies are notoriously expensive, and in liquidation there is no merger partner with funds to bankroll the runoff policy premium. A liquidating SPAC, therefore, may opt to simply let its policy terminate and leave its former directors and officers uncovered after the liquidation.

But there is a lot of uncertainly about what risks remain for liquidated SPACs and their directors and officers. While post-liquidation risks may be reduced, they are not nonexistent—especially from regulatory agencies. Questions could arise about the conduct of the liquidation, including the shareholder vote to liquidate early. Investigations may follow: into the diligence of the SPAC in seeking merger targets, conducting merger negotiations, and the circumstances of any merger deals that were abandoned. It is also good to remember that directors and officers underestimate the creativity of the securities plaintiffs’ bar at their peril.

Runoff coverage may provide valuable security against such potential complications. And if a SPAC chooses to purchase a runoff policy, there may be opportunities for premium savings depending on the duration of a runoff period and the types of coverage purchased.

How long a runoff period should you buy?
Although post-liquidation risks may be worth insuring, the possibility of those risks materializing may not last over several years. Most SPAC D&O policies include a provision for three different runoff period durations: 1, 3, and 6 years. Some, but not all, SPAC policies offer those options for both a merger and a liquidation. SPACs with liquidation runoff options can choose how long a claim period to purchase, with a shorter period costing less than a longer one.

If a SPAC’s D&O policy does not include runoff provisions for a liquidation, that does not mean such tail coverage is unavailable. Insurance brokers can help find insurers willing to sell a freestanding runoff policy, issued either by the incumbent insurer of the pre-liquidation policy or a new insurer. Some brokers have developed a “wind down” policy product that has a one-year runoff period with a premium of between 50%-100% of the original SPAC D&O policy premium. Whether longer runoff periods are available for these “wind down” policies is unclear. SPAC liquidation claims and the market for insurance coverage to meet them are unexplored territory.

What types of coverage should you buy?
Public company D&O policies normally include three basic coverage types: Side A (coverage for individuals when not indemnified by the company); Side B (coverage for the company when it indemnifies claims brought against individuals); and Side C (coverage for securities claims brought against the company itself). Individual directors and officers probably face a more appreciable risk, post-liquidation, than the company itself would. After liquidation, there is no company left to provide indemnification or to face claims directly against it. That makes Side A coverage the most valuable coverage to have in a post-liquidation tail policy. Companies can consider tailoring a runoff policy to provide Side A-only runoff coverage.

To the extent that individual directors and officers are entitled to indemnification from other sources (like a SPAC sponsor), Side B coverage could be valuable to maintain in the policy as well. Some SPAC policies include broad Side B coverage for indemnification provided by the sponsor. Where policies do not include sponsor indemnification in the Side B coverage, it may be possible to add such coverage when purchasing a tail or wind-down policy. As the SPAC D&O market tightened, however, policies were issued with higher and higher retentions applicable to Sides B and C coverage (some as high as $10 million). A SPAC should examine its D&O policy’s retentions to assess the value of purchasing coverage that would only respond after a significant retention is exhausted. SPAC sponsors should not rely on their own, separate D&O policies to cover indemnification they provide to SPAC directors and officers. Those policies frequently exclude coverage for claims related to the SPAC.

Finally, Side C coverage is the least likely to be needed post-liquidation as the likelihood of a securities claim being brought against a liquidated entity is low. D&O policies do not always provide coverage to entities for a regulatory investigation, or may only do so in circumstances where insured directors and officers are also concurrent subjects of that investigation. How, exactly, a defunct entity would get named in a regulatory investigation is another uncertainty involved with this novel situation. Excluding Side C coverage from a runoff policy may be possible, but also may not yield significant premium savings as the risk the insurer is avoiding is low.

With the window to avoid the impact of the Inflation Recovery Act’s new excise tax rapidly closing, SPACs considering a pre-2023 liquidation must resolve these complicated insurance questions quickly. Qualified insurance counsel can provide critical advice during this time-sensitive process.