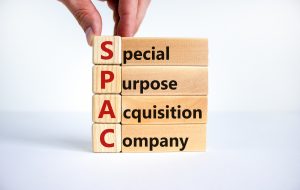 SPACs’ attractiveness to investors stems from a similar surge in capital invested in private equity, which gobbled up over half of all publicly traded companies over the past two decades. As a result, there is pent-up appetite for publicly traded investment in general and, in particular, in the kinds of early stage or smaller cap companies that are often the targets of SPACs. Yet with over 400 SPACs currently in the hunt for acquisitions or investment opportunities, market observers have commented that the target pool may increasingly comprise companies not quite ready for life as a publicly traded entity. When that reality manifests in adverse disclosures or disappointing financial returns, stock prices drop and securities suits are filed. Combine less sophisticated retail investors looking for higher returns and some SPACs pursuing lower quality companies, and it is not surprising that the SEC is scrutinizing the sector. Indeed, the currently overheated SPAC environment could instigate more failed investments and stock price drops, leading to a wave of new securities litigation.

Underwriters of D&O insurance for SPAC sponsors and targets are closely following the SPAC explosion and are now pricing the risks into premiums, compounding the price increases already seen in a tight insurance market. The cost of D&O insurance for SPACs can be eye-popping, even for policies with enormous retentions and modest limits. In the first quarter of 2021, a SPAC could expect the premium for even a $5 million primary D&O policy with a $5 million retention to be $1 million or significantly more. But even as coverage for SPACs becomes increasingly costly, and in some cases unavailable, securing effective D&O coverage remains as critical as ever for SPACs and their sponsors. This can most often be accomplished with support from experienced professionals capable of helping SPACs structure their D&O insurance to their unique coverage needs.

Overview of SPACs
A SPAC, often called a “blank check company,” is a shell company formed with the sole purpose of taking another company public without the target company undergoing a formal IPO process. A SPAC itself does not engage in any commercial operations. Instead, a team of “sponsors” forms the SPAC, the SPAC raises capital through an IPO, the capital is placed in an interest-bearing escrow account, and the sponsors then have two years to find a target company and effectuate a suitable merger or acquisition, subject to shareholder approval. If a SPAC does not find and merge with a target within the specified timeframe, the SPAC is liquidated, its sponsors lose their investment, and each shareholder’s investment is returned with interest. If a merger is closed, the resulting company is referred to as a “de-SPAC.”

SPACs have few assets beyond the capital raised in the SPAC IPO, and at the time of the SPAC IPO, the sponsors are prohibited from having a target in their sights. Investment in a SPAC, therefore, is tantamount to a bet on the investment acumen and negotiating ability of the SPAC’s management team.

Potential SPAC Legal Liabilities
As SPACs multiply, so too does the likelihood that at least some will underperform expectations, resulting in disappointed investors and ensuing securities litigation. Hedge funds are already beginning to place bets against certain SPACs in short-sale transactions as a greater number of SPACs must compete for a finite number of suitable merger targets. And, unsurprisingly, commentators are starting to forecast a surge of SPAC-related litigation on the horizon, cataloging at least eight SPAC-related class action complaints filed during the early part of 2021. Insurers continue to be concerned that such litigation could prove especially costly due to uncertainty in the post-Cyan securities landscape, in which companies could potentially face the prospect of litigating securities claims concurrently in state and federal courts.

In a recent article published by the Harvard Law School Forum on Corporate Governance, Pillsbury attorneys described the many potential exposures SPACs could face as a result of the SPAC explosion , including the following:

In recent weeks, the SEC has escalated its scrutiny of SPACs, compounding the potential for risk. Last week, the SEC issued a statement expressing marked skepticism that forward-looking de-SPAC projections are protected by the PSLRA safe harbor, and suggesting that de-SPAC transactions are part of the initial SPAC “IPO,” and thus subject to the greater scrutiny surrounding public offerings. On April 12, the SEC then issued new, potentially disruptive accounting guidance, which could prompt SPACs to have to reclassify certain warrants (previously accounted for as equity) as liabilities on their balance sheets. In sum, the potential risks for a SPAC are multitudinous.

SPAC D&O Insurance Coverage
With pressure on pricing, terms and availability, what is a prospective SPAC policyholder to do?

As an initial matter, it is imperative that SPACs structure D&O coverage so that it is seamless for the duration of the SPAC lifecycle. To that end, a two-year policy period (lining up with the timeframe to finalize a de-SPAC transaction) will usually better suit a SPAC than the traditional one-year policy period of most D&O policies.

SPACs should also pay careful attention to the definition of “Loss” in their insurance policies. To the extent possible, it is advisable to eliminate or temper any language suggesting that certain kinds of Loss are “uninsurable” and thus excluded. To that end, the Loss definition should at least include the now-market-standard “pledge” not to assert that claims under Sections 11 and 12 of the ’33 Act are uninsurable. In addition, it is also advisable to clarify the so-called “bump-up exclusion” language that appears in the definition of Loss or elsewhere in the policy. Insurers often cite such language in seeking to exclude any Loss relating to allegations that the price paid in acquiring an entity was inadequate.

As SPACs have proliferated, it has become challenging for SPACs to purchase cost-effective D&O coverage. To help navigate the difficult placement process, SPACs should work closely with experienced professionals to ensure that they have purchased the most effective coverage available.

Side A DIC Insurance – The D&O Safety Net