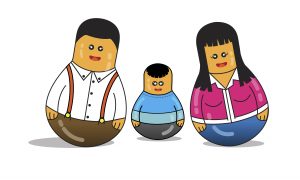 Discussing the evolution of the standard form ISO CGL policy, the court recognized important distinctions between the 1973 and 1986 versions. (Variants of the 1986 version are still in widespread use today.) First, the 1973 definition of “occurrence” incorporated a requirement of resulting property damage; that requirement was removed from the 1986 definition. Second, and more importantly, the 1973 policy did not include the “subcontractor exception” to the “your work” exclusion. This exception, which was included in the 1986 policy, represented an agreement between policyholders and insurers “that the CGL policy should provide coverage for defective construction claims so long as the allegedly defective work had been performed by a subcontractor rather than the policyholder itself.” Because Weedo involved the 1973 CGL policy, the New Jersey Supreme Court rejected the insurers’ contention that Weedo has any bearing on coverage under the 1986 CGL policy.

Turning to the language of the 1986 insuring agreement, the court first determined that the damage caused by the rain water leaks clearly met the definition of covered “property damage.” The court then addressed the definition of an “occurrence”—i.e., “accident”—under the policy. Applying common definitions, the court found that an “accident” includes “unintended and unexpected harm caused by negligent conduct.” Because the result of the subcontractors’ defective work—water damage to non-defective portions of the building—was an “accident,” it was a covered “occurrence” under the policy.

After determining that the insuring agreement provided coverage, the court turned to policy exclusions raised by the carriers. (This is an important analytical step skipped by many courts, which sometimes overlook the incredibly broad coverage provided by the insuring agreement.) While the “your work” exclusion applied, the damage claimed by the association arose out of subcontractors’ defective work. Therefore, the “subcontractor exception” to the “your work” exclusion restored coverage for the association’s claims.

The New Jersey Supreme Court’s decision that damage caused by a subcontractor’s defective work constitutes an occurrence (and covered property damage) is consistent with both the plain language of the 1986 standard form ISO CGL policy and the strong trend in case law around the country. Thanks to the Cypress Point decision, insurers can no longer rely on Weedo to argue against coverage for such damages. Perhaps even more importantly, Cypress Point leaves open the question of whether the standard CGL policy covers defective work itself where there has been “property damage” beyond the mere existence of a defect. Both the policy language and the original intent of the subcontractor exception support such coverage, and the court’s reliance upon those considerations may indicate that New Jersey courts will find further coverage available for construction defects under the standard form CGL policy.