Over the past four months, a trio of cases has introduced a policyholder-friendly breath of fresh air to Iowa insurance coverage law as Iowa state and federal courts have found that defective workmanship may constitute a covered occurrence under the plain language of CGL policies. 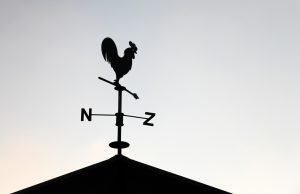 In 1999, the Iowa Supreme Court held in Pursell Const., Inc. v. Hawkeye-Security Ins. Co. that defective workmanship of an insured, standing alone, is not an occurrence under a CGL policy. In Pursell, the insured defectively constructed two houses below the floodplain in violation of local ordinance. The insured sought coverage for the costs to raise the level of the houses. The court held that because the insured’s defective workmanship did not cause damage to property other than the insured’s work product itself (the houses), there was no occurrence and so there was no coverage.

In August, the Eighth Circuit held that damages resulting from the insured’s own defective work also can constitute an occurrence under Iowa law where there is damage to third-party property. In Decker Plastics v. West Bend Mut. Ins. Co., the Eighth Circuit found that the insured’s defective manufacture of plastic bags, which disintegrated and contaminated landscaping materials placed in the bags, constituted an occurrence. In overturning the district court’s decision, the Eighth Circuit explained that although the bags were defective, their deterioration was unexpected and resulted in damage to other property. The Eighth Circuit wrote: “We predict that the Supreme Court of Iowa would … limit its holding in Pursell to cases where the alleged ‘occurrence’ is ‘defective workmanship’ standing alone, that is, resulting in damages only to the work product itself.”

In September, an Iowa district court declined a request to certify to the Iowa Supreme Court the question whether a CGL policy provides coverage for product liability claims where the faulty work stems from the insured’s own product and/or installation. The case, Pella Corp. v. Liberty Mut. Ins. Co., involves alleged defects in the insured’s windows resulting in water damage to buildings. The court did not address the ultimate impact of the Decker Plastics case discussed above, but noted that “it does provide a statement of the law on the issue in this circuit.” The district court found that the question to be certified—“whether third party property damage caused by an insured’s defective work or product can be an ‘occurrence’ under a CGL policy”—may be determinative of the case, but also that Iowa law is settled on the issue, and the district court has “sufficient resources to decide the question.” Accordingly, certification was refused. A decision in this case will provide further guidance and clarification as to the extent of coverage in Iowa for damages arising from defective workmanship, whether performed by the insured or its subcontractor.

It takes more than the occasional crosswind to permanently shift the interpretation of CGL policy, but these three cases suggest that observers of Iowa CGL law would do well to keep an eye on the weather vane.