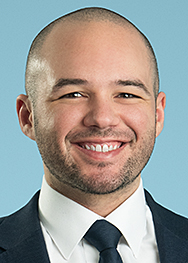 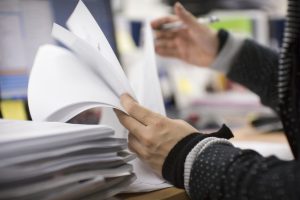 An oft-repeated maxim in self-help literature is: “Do not let your circumstances define who you are.” In a similar vein, policyholders should proactively manage situations in which known circumstances may potentially give rise to an eventual claim.

Suppose a company perceives the potential risk of litigation or a government investigation. This may not necessarily be the result of any known wrongful conduct—such risk may just be inherent in the company’s business model or within the company’s industry. When the company’s D&O insurance policy (or employment liability or professional liability, as the case may be) is on the verge of expiring, the company may be faced with the decision whether to report such circumstances to the insurer under the policy’s “notice of circumstances” (NOC) provision, which permits the policyholder to provide notice of facts or events that may give rise to claims in the future. If such notice is given within the specified time, the insurer will treat any subsequent claims arising out of the noticed circumstances as claims first made within the policy period, even if the claims are brought much later.

The decision whether to report such information to an insurer thus can have important consequences and may even define the scope of potentially available coverage in the future. But while NOC provisions can be beneficial to policyholders, as they can essentially lasso later-asserted claims into a prior policy’s coverage, there are risks inherent in submitting a laundry list of circumstances that could conceivably give rise to a claim on the off-chance that some of them mature into claims. Therefore, the decision to submit an NOC should not be made lightly. Here are some considerations that policyholders should keep in mind.

1. Consider the Impact on Subsequent Policies.
Before a policyholder issues an NOC, it should first consider how such an NOC might impact its ability to secure future insurance policies. This is a particularly important consideration when there is doubt as to whether the known circumstances will give rise to a claim. Issuing an NOC may have an unsettling impact on renewal negotiations and could prompt the insurer to walk away from the risk and refuse to renew. Alternatively, knowledge of circumstances reported through an NOC may induce the insurer to seek more restrictive terms and/or higher premiums on renewal. A policyholder noticing circumstances with reckless abandon could find itself essentially uninsurable.

Claims arising from noticed circumstances may also be excluded from coverage under subsequent policies’ “prior notice” exclusions. One strategy for managing this risk is to seek a provision in subsequent policies’ prior notice exclusions that they only apply if the NOC is accepted by the prior insurers. However, another common insurer reaction to receiving an NOC is to include in a renewal policy an event-specific exclusion for any claim arising from the NOC submitted under previous year’s policy. This could give rise to disputes over whether later-asserted claims in fact “arose from” the circumstances that were subject of the NOC.

On the other hand, it is usually not recommended to sit on information that indicates a claim will likely materialize. The insurer on the risk when the claim is eventually asserted may argue that material information was not disclosed during the underwriting or renewal process, and deny coverage or attempt to rescind the policy.

The key takeaway here is that determining whether to submit an NOC requires a delicate balancing of considerations that must be approached with care and, ideally, with the assistance of knowledgeable coverage counsel.

2. Be Aware of the Deadline to Issue an NOC and Make Sure It Is Timely Submitted.
Once a policyholder decides to submit an NOC, attention must be paid to the relevant deadline. While some policies containing an NOC provision require that an NOC be issued prior to the end of the policy period, many policies allow for NOCs to be issued prior to the end of an extended reporting period, which sometimes must be purchased for additional premium. If a policyholder fails to submit an NOC within the required time, insurers may argue that a later-asserted claim falls into a no-man’s land in which it is not covered under either the expired policy or the current policy (if the current policy excludes claims arising from circumstances known prior to that policy’s inception).

3. Review the Specificity Requirements of the Policy’s NOC Provision
Policyholders may be tempted to submit an open-ended NOC letter to its insurer containing a laundry list of all circumstances that might conceivably give rise to a claim. To discourage this practice, and to assist insurers with renewal underwriting and establishing reserves, many NOC provisions contain specificity requirements instructing the policyholder to provide a “description of the circumstances” and the “full particulars as to dates, persons, and entities involved.” While these requirements appear to be reasonable in theory, they can create a pitfall for the unwary because they enable an insurer to respond to a subsequent claim by arguing the NOC lacked sufficient detail to constitute proper notice.

Some courts have strictly enforced these requirements, finding no coverage because the policyholders’ NOCs failed to provide sufficient detail. In one case often cited by insurers, an Illinois federal court found that an NOC was insufficient because it only provided “bare-bones” detail regarding a potential bankruptcy. The policyholder had submitted a very short letter to its insurers which merely mentioned that it was contemplating bankruptcy and that some unspecified claims might arise in the future. When the policyholder ultimately tendered a formal claim to its insurers, the claim was denied for failure to provide the requisite level of detail under the policy.

On the other hand, some courts have held that specificity requirements in NOC provisions are ambiguous and should be construed in favor of the insured. For instance, a New Jersey federal court recently held that even though a policyholder’s NOC was “barebones,” it was sufficient to satisfy an ambiguous “full particulars” requirement because the NOC adequately identified “the wrongful act … the reason for anticipating such a claim … and the dates and entities involved.” A federal court in Florida reached a similar conclusion.

As with the decision to submit an NOC in the first instance, crafting an appropriate NOC is also a balancing act. An insurer may characterize a relatively laconic NOC as impermissibly vague or broad. However, a narrowly drafted or overly detailed NOC may also create its own issues as well. For example, if the policyholder were to list out the specific causes of action it expected might be asserted against it in an NOC, yet later an additional cause of action arising from the same circumstances is made against it, the insurer might argue that it did not receive proper notice of that additional claim. Indeed, providing too much detail in an NOC may give the insurer the opportunity to argue that a later-asserted claim does not actually arise out of what was described in the NOC.

Drafting an NOC is therefore a tricky undertaking that involves consideration of both the policy’s specificity requirements and the practical effects of giving such notice. Policyholders should seek the assistance of competent insurance recovery counsel when considering whether to issue an NOC and when crafting one.