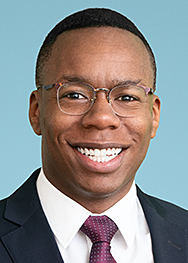 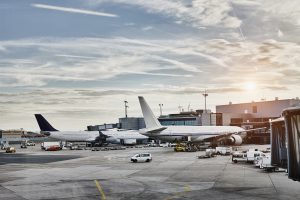 Russian airlines lease an estimated $10 billion worth of foreign-owned aircraft. Most of these aircraft are leased from companies based outside Russia—often in Ireland, a global aircraft-leasing hub and European Union member.

After Russia invaded Ukraine, the European Union imposed a ban on the supply of aircraft to Russia. This ban included a “wind down” provision that allowed suppliers (such as leasing companies) to continue to execute previously agreed contracts until March 28, 2022. Meanwhile, the United States imposed expansive sanctions prohibiting export of aviation-related items to Russia, including a license requirement for the export, reexport, or transfer (in-country) to Russia of any aircraft or aircraft parts listed on the Commerce Control List. The U.S. also removed eligibility for an Aircraft, Vessels and Spacecraft license exception from any aircraft registered in, owned, or controlled by Russia or a Russian national. Because of this, any U.S.-origin aircraft or foreign aircraft which includes over 25% controlled U.S.-origin content is subject to a license requirement if it is Russian-owned or operated and exported to Russia.

In response, the Russian Federation issued a decree banning the “export” of aircraft—quashing chances for repossession—and passed a law allowing Russian airlines to re-register leased aircraft in Russia. This law essentially nationalizes the aircraft, permitting the airlines to fly and service the leased aircraft domestically. During this period of continued use, Russian airlines may use non-standard parts, cannibalize some aircraft to supply parts for others, and prevent leasing companies from accessing up-to-date maintenance records (which could cost the leasing companies millions to reconstruct after the fact).

From a practical perspective, then, leasing companies are facing risk of a total loss of their aircraft—which, depending on geopolitical events, may never be recovered. So leasing companies should now consider whether they have access to responsive insurance coverage and take any necessary steps to preserve their rights to financial recovery.

Important Insurance Considerations
Leasing companies may have several potential paths to collect insurance coverage relating to Russian seizure of aircraft. First, leasing companies generally are listed as additional insureds under the lessee airlines’ hull policies. While Russian law requires these direct hull policies be written by Russian domestic insurers, the policies are often re-insured by Western reinsurers—prominently including participants in the London Market—and the direct policies usually have “cut-through” clauses allowing the leasing company to claim directly from the reinsurer. The lessee airline’s hull policies therefore may provide coverage for a leasing company, including under a standard clause that gives rights to leasing companies (AVN 67B) or specific coverage for war risks, if included in the policy, as well as other provisions. As always, policyholders should review policy language carefully to determine whether the policy contains provisions providing coverage or purporting to exclude it, such as the so-called “sanctions exclusion” or “war exclusion.”

In the current political situation, however, it may be complicated or impossible for a leasing company to recover under direct insurance issued by Russian carriers, and there may also be impediments to “cut-through” recovery under reinsurance. Alternatively, leasing companies may be able to recover under their “contingent/possessed” policies. These policies typically kick in when the airlines’ policies fail to respond, or when the airlines fail to fully insure for the perils required under the lease. Contingent/possessed policies may also provide coverage for reconstruction of technical records, but policyholders should check the policy language to determine whether such coverage is specifically provided.

Given the magnitude of the losses at issue, it remains to be seen how insurers will respond to claims relating to Russia’s effective nationalization of leased aircraft. Insurers may resist paying claims based on the contention that the lessor has not suffered a total loss or constructive total loss, so long as the aircraft themselves arguably remain intact. Similarly, resolving whether a given loss falls under war risk coverage is a complex question of fact and law, highly dependent on the specific language of applicable insuring agreements and exclusions and the chain of causation involved in the loss.

Additionally, the timing of a claim may have drastic implications on the availability of coverage. Russian direct insurers are replacing foreign-sourced reinsurance with policies from domestic Russian reinsurers. Such replacement coverage may not meet lease requirements or lessor expectations regarding financial ratings, and it may not be accessible for lessor claims as a practical matter. However, for aircraft that were effectively removed from the lessor’s access before Western reinsurance was cancelled, coverage under the prior policy may remain available based on the date repossession became impossible. Close analysis of the facts and policy language are required to assess the prospects for recovery.

Vigilant policyholders should also be prepared to receive notices of cancellation or new endorsements purporting to alter or delete relevant coverage. For example, in response to sanctions, many reinsurers have already started notifying policyholders that they will exclude Russia and Belarus from coverage. Often, these notices give policyholders a short period of time to accept the change; if they do not accept, the entire policy will be cancelled. Determining the time to reply may depend on the type of risk at issue.

Aircraft lessors and other impacted policyholders should consult experienced counsel now about whether to issue protective notices setting forth the date of loss and preserving the policyholder’s right to assert coverage under other policy provisions.

Conclusion
It is critical that policyholders make sure their claims are submitted promptly and well preserved. Policyholders should seek thoughtful advice from counsel about how to present their claims to ensure they invoke every available type of coverage and properly characterize the causation and timing of the loss. Pillsbury’s aviation and insurance coverage teams assist the aviation and leasing industry in all phases of this intricate and evolving claim landscape.